The Senate Appropriations Committee approved $16.7 million in federal funding for the East-West Center.

US Senator Brian Schatz (D-Hawai‘i), a member of the Appropriations Committee, worked with committee leadership in a bipartisan manner to maintain federal funding levels for the East-West Center, which he says directly supports the US rebalance to the Asia Pacific through cooperative study, research, and dialogue with countries in the region.

“The East-West Center continues to play an increasingly important role in strengthening our national security and improving regional cooperation,” said Senator Schatz. “The funding passed today reaffirms our strong commitment to Hawai‘i and our rebalance strategy.”

Established by Congress in 1960, the East-West Center supports and enhances diplomatic relations between the United States and the Asia Pacific region through educational programming, collaborative research opportunities, and cultural and technical exchange.

Its model of cooperative study, research, and dialogue has supported more than 62,000 alumni who have gone on to promote the Center’s mission with distinguished careers in government, academia, and business. 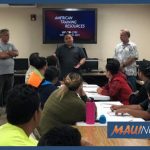 Accepting Applications for Carpentry Program on Maui and Moloka‘i 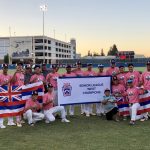