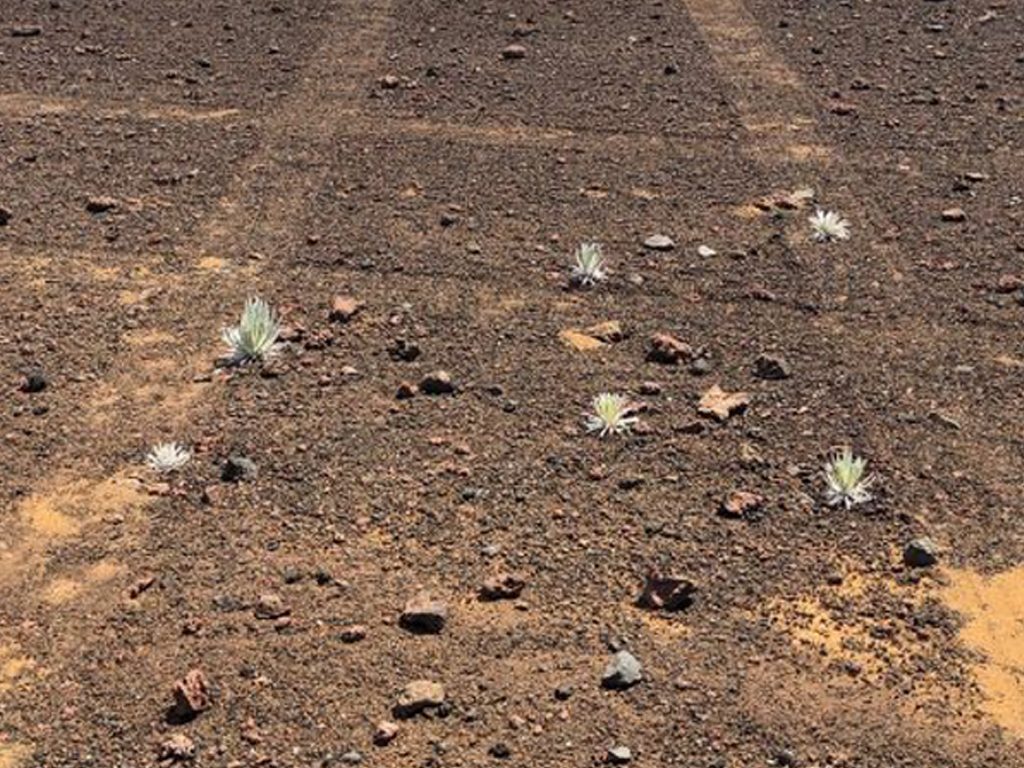 As each day passes the potential penalties keep multiplying for the suspect or suspects who went off-roading on Haleakalā National Park property earlier this week.

National Park Service (NPS) officials said according to park biologists six Haleakalā silversword plants were impacted by the off-roading, with some plants killed and others damaged. While some of the damaged plants may recover, the penalties for damaging them carries up to a year in prison and a $50,000 fine.

Whether those penalties multiply with each plant impacted is still not clear. According to NPS Spokesperson Jin Prugsawan, the “Endangered Species Act investigation is still ongoing… There were also other crimes associated with the off-road use as they had damaged the trail and illegally operated a vehicle off-road in the park.”

Other impacts of driving a vehicle off-road in the park area impacts not just the endangered plant life but the potential harm to wildlife.

“We have sensitive species in the park like the ʻuaʻu (Hawaiian petrel, Pterodroma sandwichensis), a federally endangered native seabird and the endangered Nēnē (Hawaiian Goose, Branta sandvicensis),’ Prugsawan said. “Off trail use may result in crushing ʻuaʻu burrows and damaging critical habitats for these species and others.

The damage done to the cinder has potential to be visible for years to come as it takes years to return back to its original appearance.”