Evil Dead the Musical at the Kihei’s ProArts Theater

If you like musicals, cult-classic horror films, fake blood and raunchy comedy the ProArts Theater has the Halloween-themed show for you.

According to ProArts producers, “Evil Dead the Musical takes all the elements of the cult classic films, The Evil Dead, Evil Dead 2, and Army of Darkness and combines them for one of the craziest, funniest, and bloodiest theatrical experiences of all time.”

The show’s premise is that five college students go to an abandoned cabin in the woods, and accidentally unleash an evil force that turns them all into demons.

“It’s all up to Ash (a department store employee turned demon-killing hero), and his trusty chainsaw to save the day. Blood flies. Limbs are dismembered. Demons tell bad jokes… and all to music,” said ProArts Executive Director Lin McEwan. “You don’t need to be a fan of Evil Dead to love this show. This is a pure comedy start to finish.”

Shows start on Friday, October 18 and run every Thursday to Sunday until the last show on November 3rd. Show times are 7:30 p.m. for Thursday, Friday and Saturday performances with a 3 p.m. show on Sunday.

Halloween night features two shows at 7 and 10 p.m. Show producers “strongly urge” that audience members be 18 years or older due to adult content. 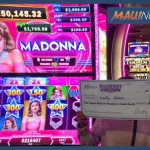 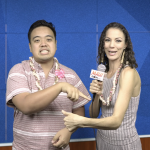