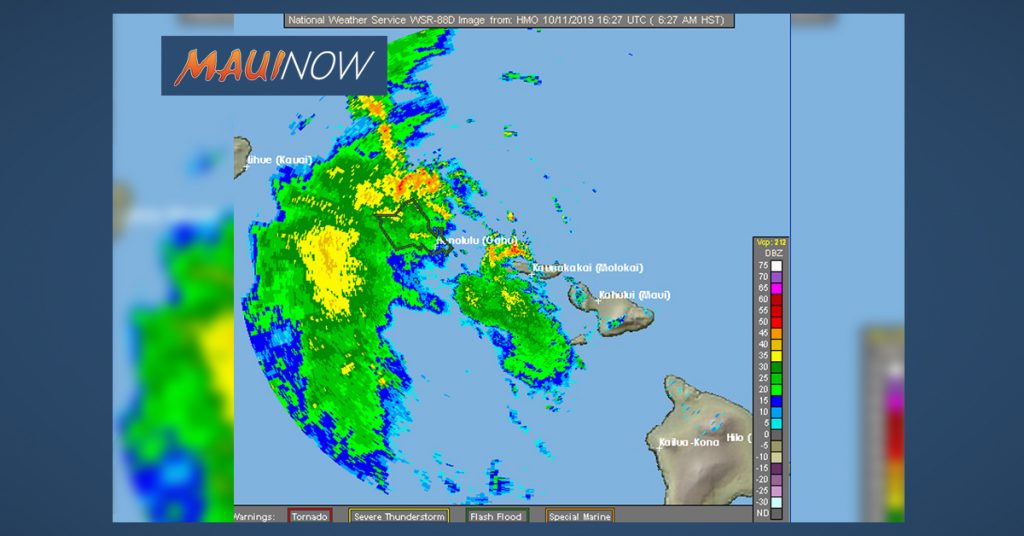 A flood warning is in effect for the island of Oʻahu until 7:30 a.m. due to heavy rain over west Oʻahu.

At 6:31 a.m., radar indicated rain over Oʻahu was diminishing but streams remain high. As of 6:15 a.m., the gauges on Waiheʻe and Waihole streams showed rapid rises and water from these streams will likely produce flooding over Kamemehameha Highway from Kaneʻohe to Punaluʻu.

A flash flood watch is also in effect for Niʻihau, Kauaʻi, and Oʻahu through this afternoon.

The National Weather Service says “a deep convergence band will continue over the western portion of the state through this afternoon and will produce heavy showers and thunderstorms.”

The NWS issued an area synopsis saying: “Deep tropical moisture will persist across portions of the state today, elevating the possibility for heavy rainfall and thunderstorms for Kauaʻi and Oʻahu through this afternoon. Drier weather and trade winds will return by this evening and continue through early next week as the moisture moves west of the state.” 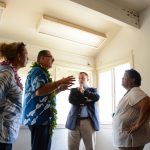 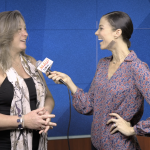