Maui police arrested and charged a man with terrorist threatening and attempted assault after responding to a report of a possible stabbing in Wailuku on Tuesday evening.

Wailuku Patrol officers were assigned to the area to investigate.

Police say the male offender was apprehended and positively identified by the male victim as Alexander Ervin. 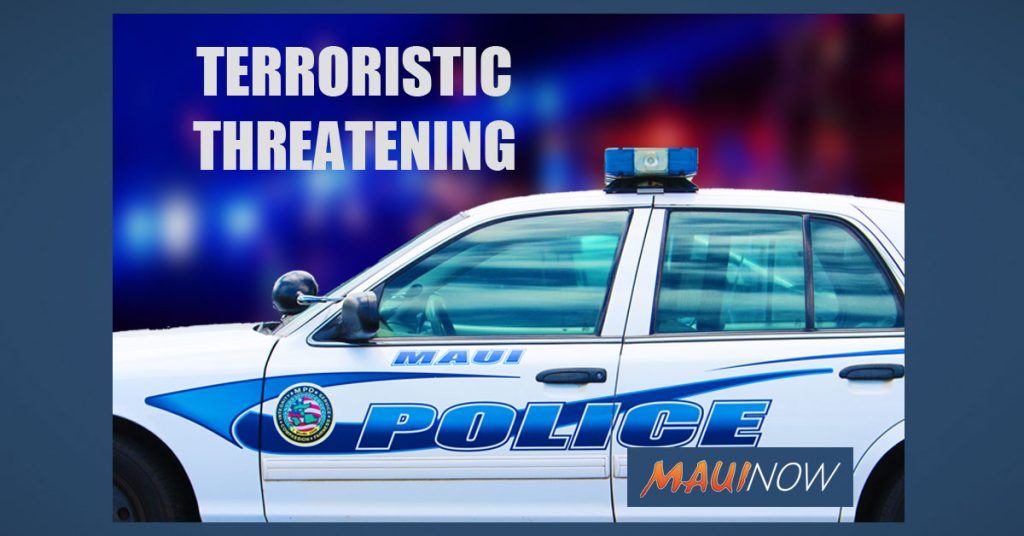