An investigation is looking into the “potential suppression and alteration of scientific reports, documents, and communications by political employees” at the US Department of Agriculture, Sen. Mazie Hirono announced on Tuesday.

Hirono, along with 18 other democratic senators, requested the probe back in June following “widespread reports” of “politically-motivated decision making” in the department.

The senators allege that these decisions have led to the “suppression of climate science, the unnecessary relocation of USDA scientists, and potential retaliation against career department employees.”

“Millions of people around the world have benefited and will benefit from the cutting-edge research produced by scientists at USDA every single day. These dedicated public servants should not be subjected to the whims of Trump appointees who have suppressed the Department’s work for their political agenda,” Sen. Hirono said in a press release.

“Across the government, inspectors general are playing a crucial role in holding this administration accountable, and I want to thank Inspector General Fong for initiating this important investigation.” 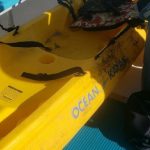 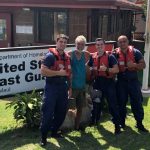