The Senate Democrats’ Special Committee on the Climate Crisis will hold a hearing on Tuesday entitled “Dark Money and Barriers to Climate Action.”

The special committee, which is chaired by US Senator Brian Schatz of Hawai‘i, is affiliated with the Democratic Policy and Communications Committee.

Members will learn from experts at top universities and government watchdog groups about anonymous funding of what they call “climate obstruction” and what can be done to fight it.

Organizers say this includes “how congressional oversight could be used to uncover the ultimate sources of the hundreds of millions of dollars in anonymous donations that flow to front groups, outside political spending groups, and trade associations to obstruct climate action.”

Witnesses at Tuesday’s hearing will discuss the latest research on what they call “dark money climate obstruction” and what lessons can be learned from past efforts to combat “corporate deceit.” 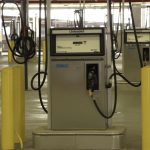 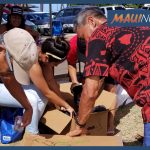