At 7:17 p.m., radar indicated heavy rain over far eastern portion of East Maui. Rain was falling at a rate of around 1 inch per hour. The heavy rain occurring now, in combination with the rain from earlier today, will keep stream levels elevated and produce minor flooding of low lying and poor drainage areas.

Locations in the advisory include but are not limited to: Hana, Kaupo, and Kipahulu

The National Weather Service in Honolulu has issued a flood advisory for the island of Maui until 7:30 p.m. on Tuesday, Oct. 29, 2019.

At 4:29 p.m., radar showed heavy showers over the slopes of windward east Maui between Hamoa and Kaupo with rain falling at rates of 1 to 3 inches per hour.

The NWS says rises in streams are expected, even if it is not raining in a specific location.

Locations in the advisory include but are not limited to: Hana and Kipahulu.

As a precaution, the public is asked to stay away from streams, drainage ditches and low-lying areas prone to flooding.

Motorists and pedestrians are reminded not to cross fast flowing or rising water in their vehicle or on foot. “Turn around, don’t drown.” 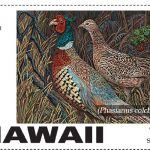 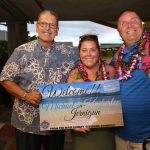