Kāʻanapali Golf Courses – managed by Billy Casper Golf – will host golfers from 20 universities across the US in the 2019 Kāʻanapali Classic, Collegiate Invitational, Oct. 31 to Nov. 3 at the Royal Course.

Sutee Nitakorn, PGA Director of Golf at Kāʻanapali Golf Courses talks about the field, “It’s great to see Clemson back in this year after they won in 2016 and there will be some tough competition from Georgia and Oklahoma, who are always running for the team trophy.”

“The Kāʻanapali event has traditionally hosted some amazing individual players, many whom we now see playing on Tour like Aaron Wise, Bryson Nimmer and Collin Morikawa – it’s a great way for the Maui community and those visiting Kāʻanapali to come out and see these guys before they make it big on Tour,” said Nitakorn.

“With the last two holes of the Royal Course with water coming into play, previous winners have clenched the title on these two final holes of the 54-hole event. The 17th short par 3 over water is known to beckon golfers to go for the pin and the final hole stretches along 440 yards of lagoon to a bunker protected green. Arnold Palmer once said that the 18th at Kāʻanapali was “among the toughest holes on Tour,” he said.

Walking spectators are welcome to watch the tournament daily on the Royal Kāʻanapali Course. The official practice round on Thursday begins at 12:30 p.m. (shotgun), with the tournament rounds beginning at 8:30 a.m. (shotgun start) Friday through Sunday. 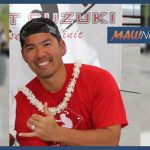 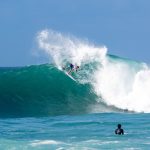