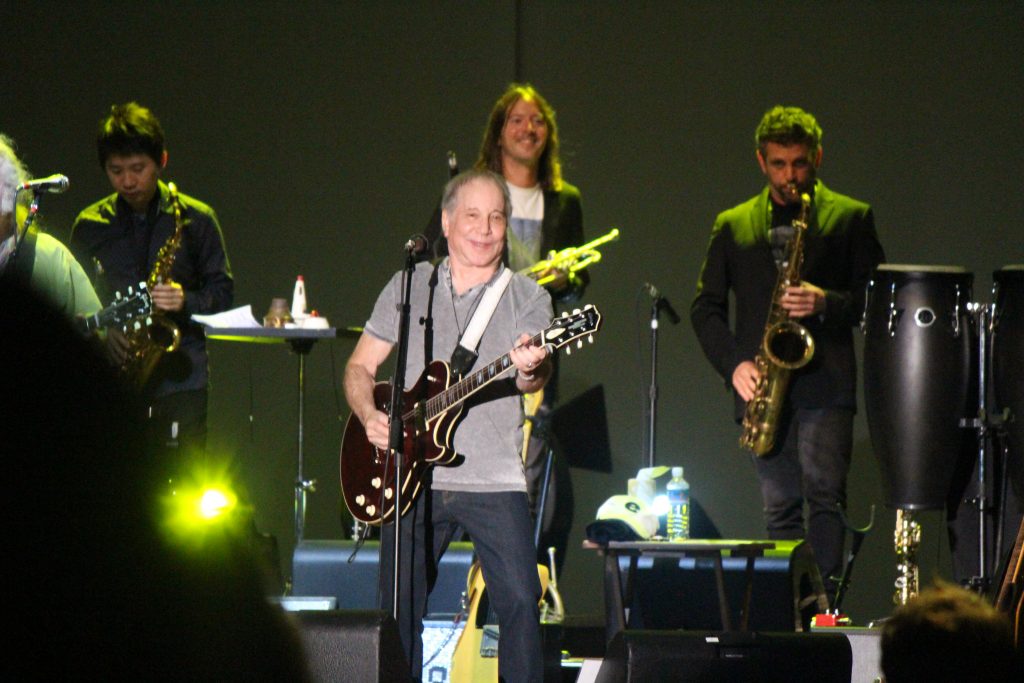 Simon undertook the concerts with the goal of devoting his net earnings to designated local environmental organizations, and recently made donations totaling just over $1.1 million.

While no longer touring, Paul Simon has stated his ongoing commitment to perform the occasional concert in benefit of philanthropic organizations he supports, particularly those dedicated to environmental welfare and preserving species biodiversity.

Outside Lands’ location in San Francisco’s Golden Gate Park, combined with the shared environmental initiatives of the Festival producers provided Simon the perfect opportunity to focus on this vital cause – selecting Friends of the Urban Forest and San Francisco Parks Alliance (in partnership with San Francisco Recreation & Parks) as two local organizations working to protect natural resources and invest in the community.

Likewise, with the Maui concerts, Simon designated the Auwahi Forest Restoration Project on Maui, led by his friend, biologist Dr. Art Medeiros, as well as Kua‘āina Ulu ‘Auamo (KUA) which works to advance community-based natural resources management across the Hawaiian archipelago. Hawaiʻi is universally regarded as a “biodiversity hotspot” by conservationists, as it’s one of earth’s most biologically rich, yet threatened, regions.

The Auwahi Forest Restoration Project, in collaboration with volunteers and private landowner ʻUlupalakua Ranch, works to protect and restore tracts of highly endangered dry forest at Auwahi as biological and cultural sanctuaries. Within these ‘green squares’ now visible on GoogleEarth, non-native species cover has declined from 87% to 2%, while native species cover has increased from 20% to 98%. Perhaps even more significant, after an absence of hundreds of years, two-thirds of Auwahi’s tree species have begun naturally establishing seedlings within the forest sanctuaries. The project operates on the principles that the involvement and support of local communities are essential elements of durable land stewardship and can play a vital role in preserving Hawaiʻi’s critically endangered biocultural resources.

Kua‘āina Ulu ‘Auamo or KUA, builds local capacity for community-based management of natural and cultural resources, supporting community-based organizations in identifying their own resource management goals and developing the expertise, knowledge, and skills necessary to accomplish these goals. Combining effective traditional and contemporary resources management methods, communities are restoring their traditional role as caretakers of the lands and waters of their places. KUA is committed to nurturing connective spaces where a growing network of communities can incubate ideas, pursue joint-strategies, learn from one another, and leverage shared strengths.

During his distinguished career spanning six decades, musician and songwriter Paul Simon has produced timeless masterpieces, such as Bridge Over Troubled Water, Still Crazy After All These Years, and Graceland, all of which garnered GRAMMY Album of the Year.

In June 2017, net proceeds from Simon’s month-long US concert tour were donated to benefit the Half-Earth Project, an initiative of the EO Wilson Biodiversity Foundation. During Paul Simon’s Homeward Bound – The Farewell Tour in 2018, he left a financial gift in each city he visited on tour, benefiting local youth and environmental organizations.

In a letter to fans announcing his Farewell Tour and retirement from touring last year, Simon said, “After this tour, I anticipate doing the occasional performance…and to donate those earnings to various philanthropic organizations, particularly those whose objective it is to save the planet, ecologically.”