Lawmaker asks for Investigation into NYC Sending Homeless to Hawai‘i

Representative John M. Mizuno of Oʻahu sent a letter to US Attorney General William P. Barr asking that his agency “investigate New York City’s policy of sending homeless citizens to other states across our nation.”

In his letter, the Hawaiʻi lawmaker says an investigation is needed following the New York Post’s front page article of Oct. 26, 2019 titled “NYC secretly exports homeless to Hawaiʻi and other states without telling receiving pols.”

According to Rep. Mizuno, the article alleges that New York Mayor Bill de Blasio’s “Special One-Time Assistance Program” or SOTA has, since its inception in August 2017, exported 12,482 homeless individuals to 32 states.

“The SOTA program to my knowledge fails to comply with ensuring the safety, well-being, and continued support which is needed for a homeless individual or family being displaced. The SOTA program is a recipe for disaster and inhumane to the homeless being exported out of New York,” Mizuno said in his letter.

Mizuno acknowledges that Hawaiʻi has a program called “Return to Home” for sending homeless individuals to the mainland, but only “if we have a confirmed strong support unit, meaning a family agreeing that they are willing to accept their homeless family member from Hawaiʻi.”

“I ask that your agency conduct a legal review and investigation into this matter, as many Hawaii residents have serious concerns that this illegal program could exasperate an already tragic situation here in Hawaii. I believe this issue is compelling enough to warrant an inquiry and full investigation into New York City’s SOTA program,” Mizuno said.

In 2015, the Hawaiʻi Lodging and Tourism Association issued a $25,000 grant on Maui to assist homeless individuals on Maui with airline relocation.  Under the program, the HLTA proposed paying for half of the airfare, and working with the Institute for Human Services to identify a family member or loved one that was willing and able to come up with the other half. 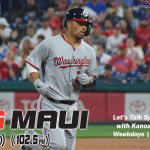 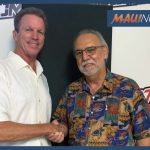