A Kahului Pee Wee Team Needs Help Getting to Regionals

The undefeated Kahului Ali’i pee wee football team is preparing for a regional championship in California.

They’ve been working really hard to get there, but there is just one thing holding them back.

The team of 9- to 12-year-olds never really thought they would get the chance to travel.

They lost every single game during the 2016 season.

But they came back with a vengeance, earning the league title for the past two years.

“It’s just amazing what practice can do, especially when you work with a team, and build a brotherhood, you can really accomplish anything,” 11-year-old defensive end Jeven Woodson said.

This year’s undefeated season afforded them the opportunity to represent the islands at a regional championship game in Orange County, Calif. next month.

Head Coach Tevita Vave said it could be the trip of a lifetime for these young men.

“It would actually open up their future,” Vave added.

“It’s just the experience of traveling in a big game, pays out. We just want to represent Maui, that’s just the bottom line. A lot of teams from Maui don’t get to go to the mainland to play big games like this.”

However, getting to this big game comes with big expenses.

Parents and players have been hard at work trying to raise funds, but so far, they’ve only met less than half of their goal.

Now, with a little over a month until the match, the team is hoping the Maui community can help them out.

“This trip means a lot to us. Out of all our years of playing football, this could be our first year to travel,” Woodson said.

“We need quite a lot more to get every boy there because if one boy is not going, then none of us are going because that’s how our team operates.”

More information on how to help the team is available here. 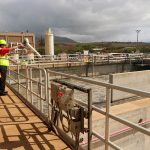 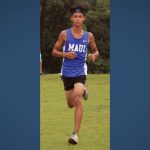