“To say this weekend was filled with some unbelievable golf would be an understatement. These guys played some truly incredible golf and to the average golfer, we were humbled to have witnessed it. Shot after shot, putt after putt, these two in particular were on fire and left the gallery speechless as we watched them play in the sudden-death playoff,” said tournament organizers.

Heading into the final round, Trent Phillips was two strokes ahead of Quaid Cummins. “I hung in here today, I saw that Quaid had gotten off to a hot start and when you see something like that, it kind of shocks you a little bit, and it made me think, I got to get out there and get it.” Phillips added, “I kept my head out of it, and pushed down and made some birdies of my own somehow on the final stretch.”

Phillips would birdie three of his last six holes to tie Cummins at (-20).

“With both of us at (-20), that was pretty low for the weekend, lower than I thought it would be – I’m very pleased with how I played overall,” Phillips commented. In regards to the 7-hole playoff, he added, “I’ve actually had a 7-hole playoff before to get in to the US Amateur but I lost that one – I won this, I’m glad it worked out and I got the win.” This is Phillips first tournament win for collegiate golf and he said, “I’ve been knocking on the door for a while now, over the past year – I had a lot of good chances. This week I dug a little deeper and I found a way to get it done.”

Oklahoma Senior, Quaid Cummins birdied eight of nine holes on the front nine saying, “I got off to a hot start today and birdied the first seven holes in a row and then took what I could get coming in.  After five (birdies) in a row, I really wanted to get to -20, and after -20, I was hoping to get a few more but I just never had the chance in those final holes.”

Quade’s coach Ryan Hybl commented to him after the playoff holes, “Quade, great job out there today, you are one of the best players in the country and you should be proud.”

This is the second time Cummins has come in second place at the Kāʻanapali event (2018 also). Oklahoma took home the team trophy at 805 (-47) this weekend for the second time (also 2015 Champions), five strokes ahead of University of Washington’s 810 (-42). The two teams played leap frog all day battling back and forth with first place, but Oklahoma stretched it out in the end, with the help not only of Cummins, but also teammates Thomas Johnson who birdied five holes on his back nine to shoot 66 (-5), Logan McAllister shot 67 (-4) and Patrick Welch shot 68 (-3).

Head Men’s Golf Coach Ryan Hybl said, “First of all, we love to come to Kāʻanapali, this is a great event and our guys did a great job this week.” Hybl continued, “Obviously, Quade was incredible today, but in addition to him, we had some guys really pull through for us today – Thomas and Welch both had great finishes and everyone contributed this weekend, which makes it all the more fun for everyone.”

Cummins added, “As a team, we are probably the best in the country right now – we won this weekend with a pretty tough field, some great competition out there.  I expected us to win it – if we hadn’t, it would have been a disappointment.”

Three of Washington’s players posted sub-par rounds, with Noah Woolsey with a team low 64 (-7) to climb 40 spots in the end to finish T18. Petr Hruby climbed six spots to T4 to finish at 201 (-12), Paul Margolis at (-10) and Henry Lee at (-8). Paul Margolis eagled the 9th hole early on the round to put them ahead of Oklahoma but as a team, Washington gave back five strokes in the final few holes, along Kāʻanapali’s tough finishing stretch.

Other notables were Ryan Hall of South Carolina who shot 66 (-5) to finish 200 (-13) for the weekend in third place. Zach Gordon of Clemson shot 69 (-2) finished T4 with Petr Hruby (Washington). Luke Kluver of Kansas finished at (-11) with UCLA’s Bryan Wiyang Teoh. Paul Margolis of Washington T8 with Liberty’s Alexandre Fuchs at (-10).

Liberty’s Ervin Chang got an albatross 2 on the par 5, 9th hole. “I had about 168 yards to the pin and hit my 6-iron – I didn’t even know it went in until my coach told me when I got up to the green,” smiled Chang. This is his second career albatross.

Host University Men’s Golf Coach, Ronn Miyashiro commented about the weekend saying, “We love to host this event – the quality of teams that play in this event is pretty impressive.” Miyashiro added, “It’s exciting to bring out teams to Hawaiʻi, to experience not only the great courses we have here, but also the activities and surroundings.”

This is the sixth year Kāʻanapali Golf Courses has hosted this event for the University of Hawaiʻi. For a full list of final scores click HERE. 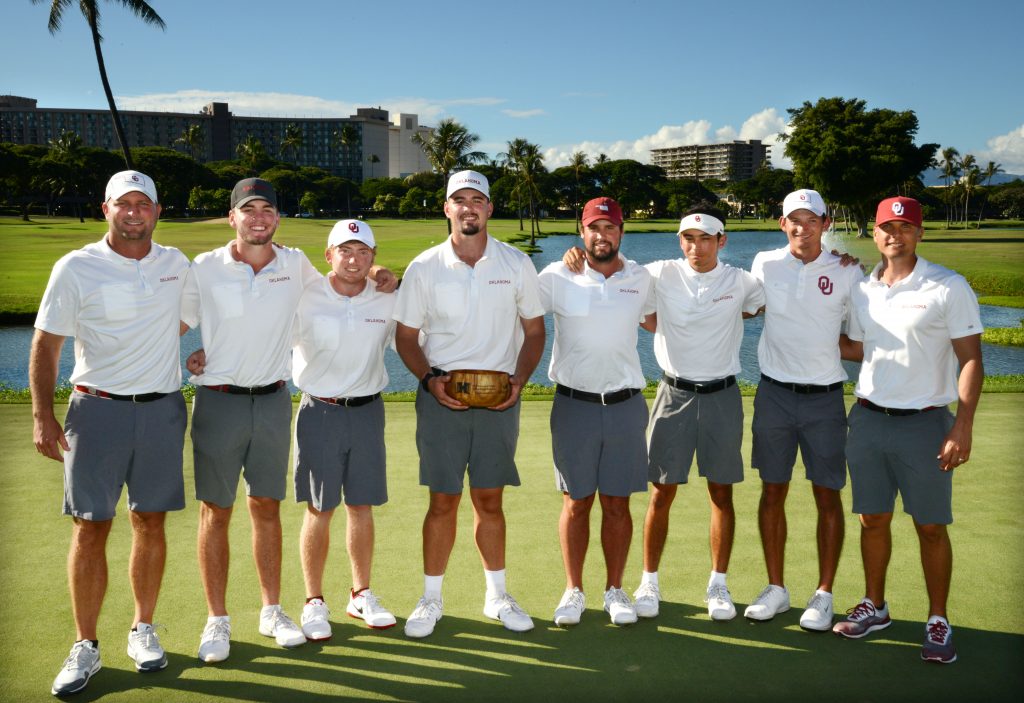 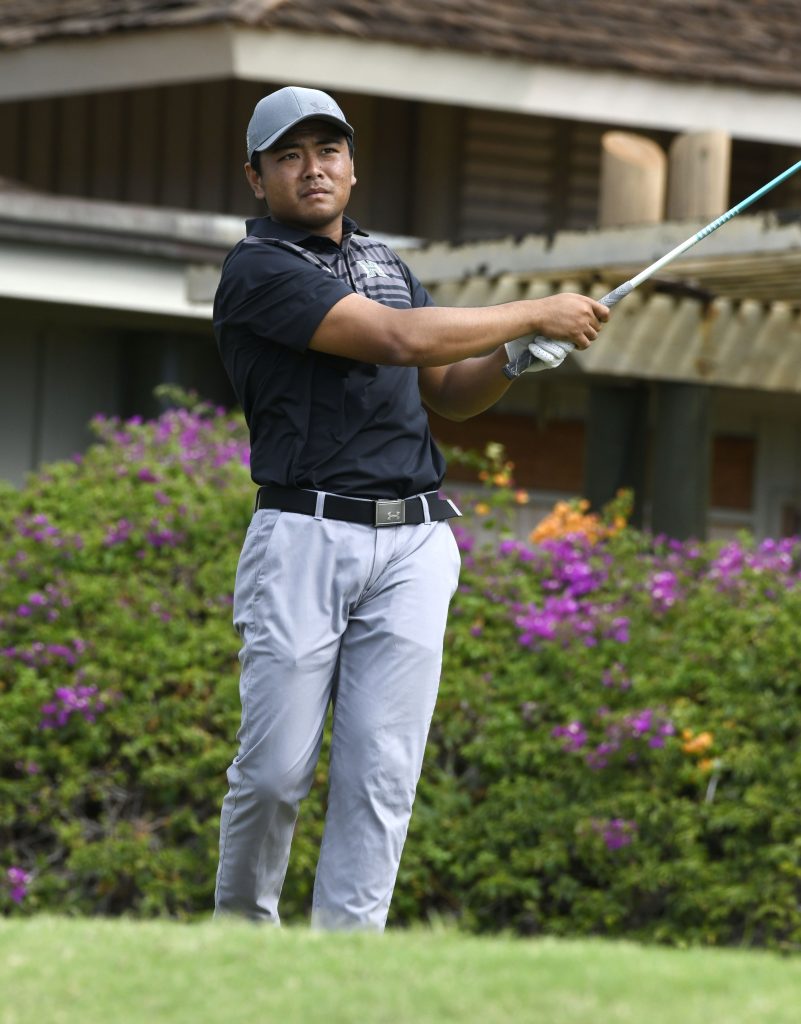 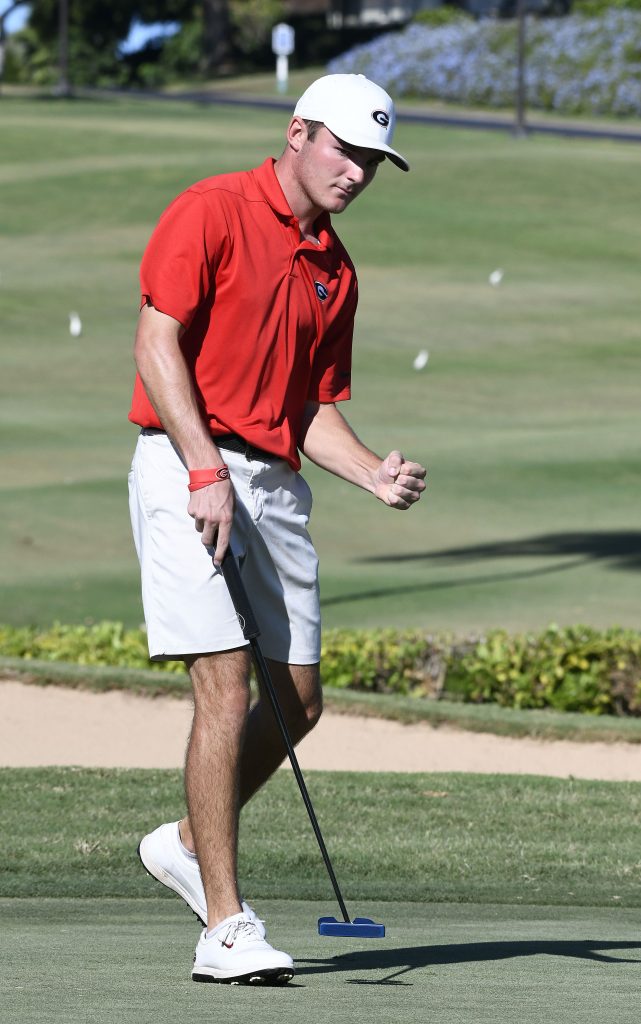 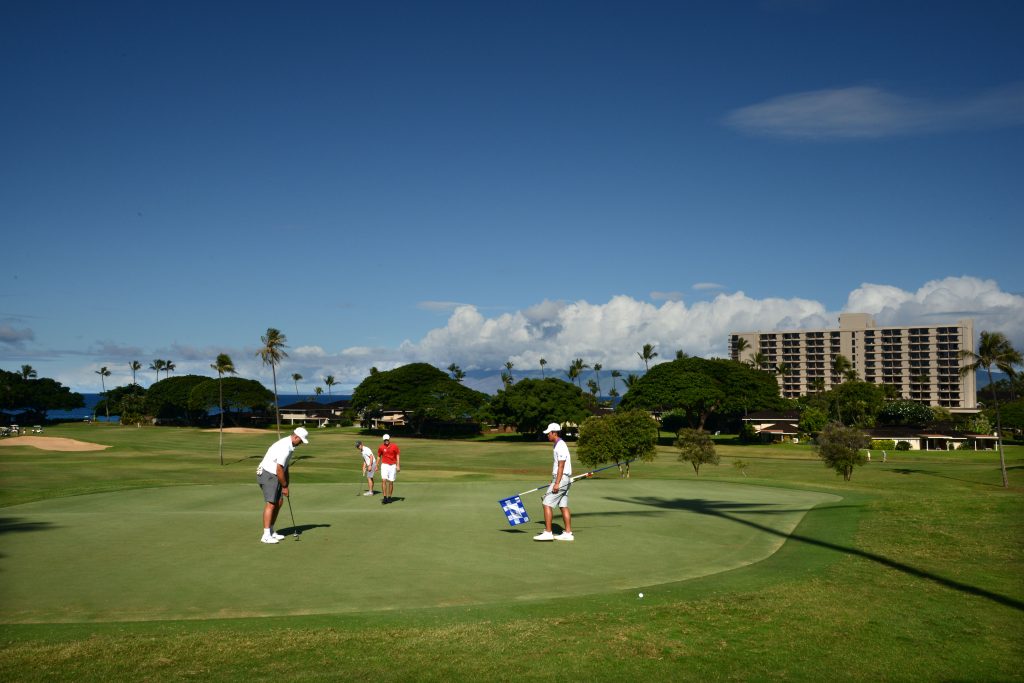