More tourists came to Maui in 2018 than the previous year- and they spent more too.

Thatʻs according to the Hawaiʻi Tourism Authorityʻs 2018 Annual Visitor Research report, which states that nearly 3 million visitors came to Maui by air travel that year, about a 6 percent rise from the year before.

However, tourists spent about the same amount daily in 2018 as they did the year before. The average daily census of visitors on Maui increased 6 percent between the two years.

About 69 percent of Mauiʻs 2018 visitors came to the island before.

The number of visitors statewide and the amount of money they spent throughout the year both increased about 5 percent from the year before.

Last year marked the seventh consecutive year of record growth for visitor spending and arrivals throughout the islands. 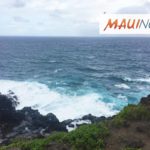 2 Visitors Injured by Large Wave at "Olivine Pools" in Kahakuloa 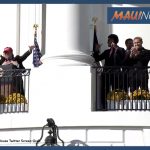