Three Allied Universal Services (AUS) security officers positioned at Queen Kaʻahumanu Center were awarded for their services in helping a mall patron with life-saving efforts during an incident earlier this year.

According to mall management, the security personnel reacted and took part in life-saving efforts to an unresponsive patron in August at Queen Kaʻahumanu Center until Maui Fire Department first responders arrived on property.

“We are proud of the recognition that our officers received,” said Ed Krampitz, general manager. “Our QKC security personnel responded immediately and appropriately to a medical emergency using proper judgment to a customer who was in need of help.”

TOP COP Hawaiʻi is presented by The Law Enforcement and Security Coalition of Hawai‘i and pays special tribute to individuals from local, state, federal and military law enforcement and security professionals who exhibit outstanding professionalism, dedication, heroism and community service. 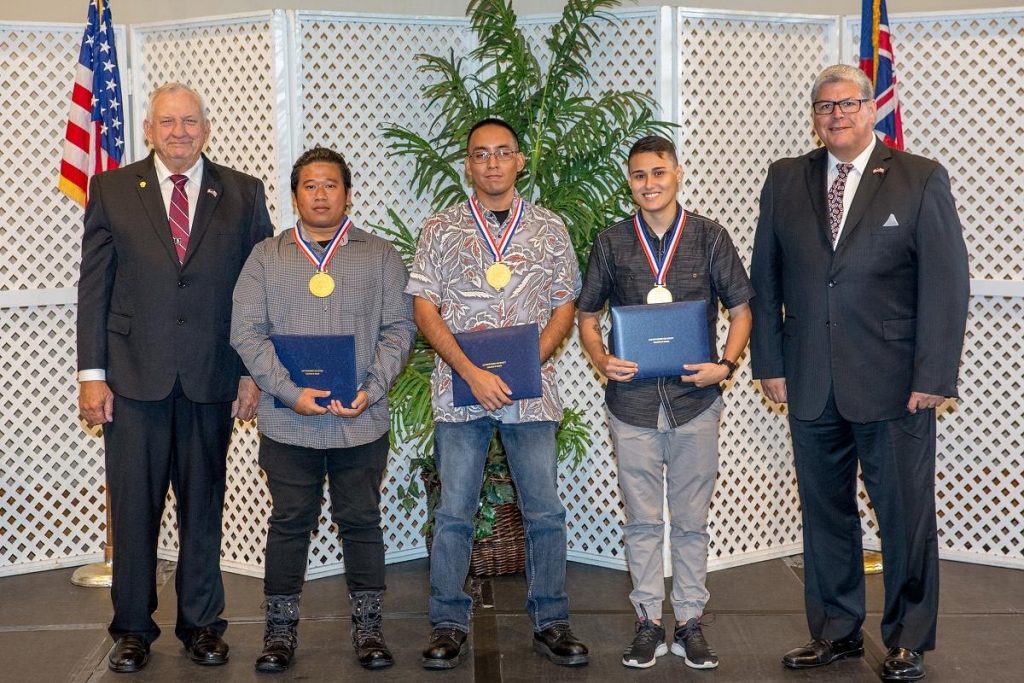