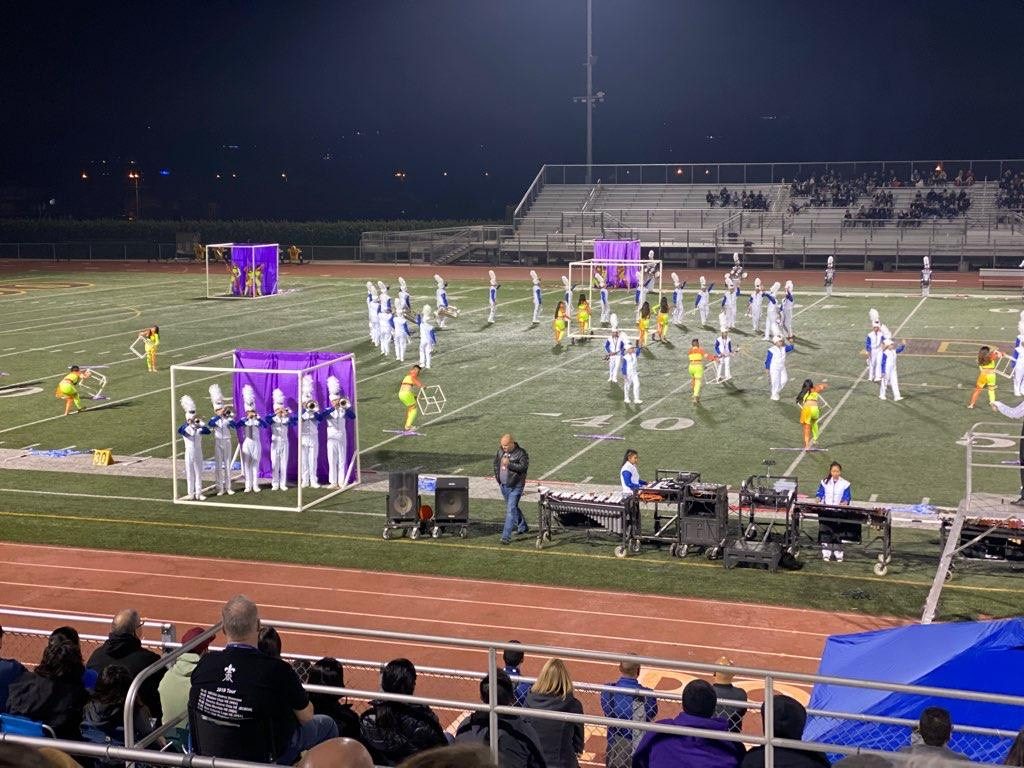 The Maui group performed their seven-and-a-half minute field show titled “Outside the Box” led by drum majors Joebelle Daludado (grade 12), Rodelle Domingo (grade 11), and Gwen Jaramillo (grade 10). They scored highest out of three schools in the 4A division. The Sabers won first place in 4 of 5 categories including Effect, Music, Visual and Auxilary; and second place in Percussion. 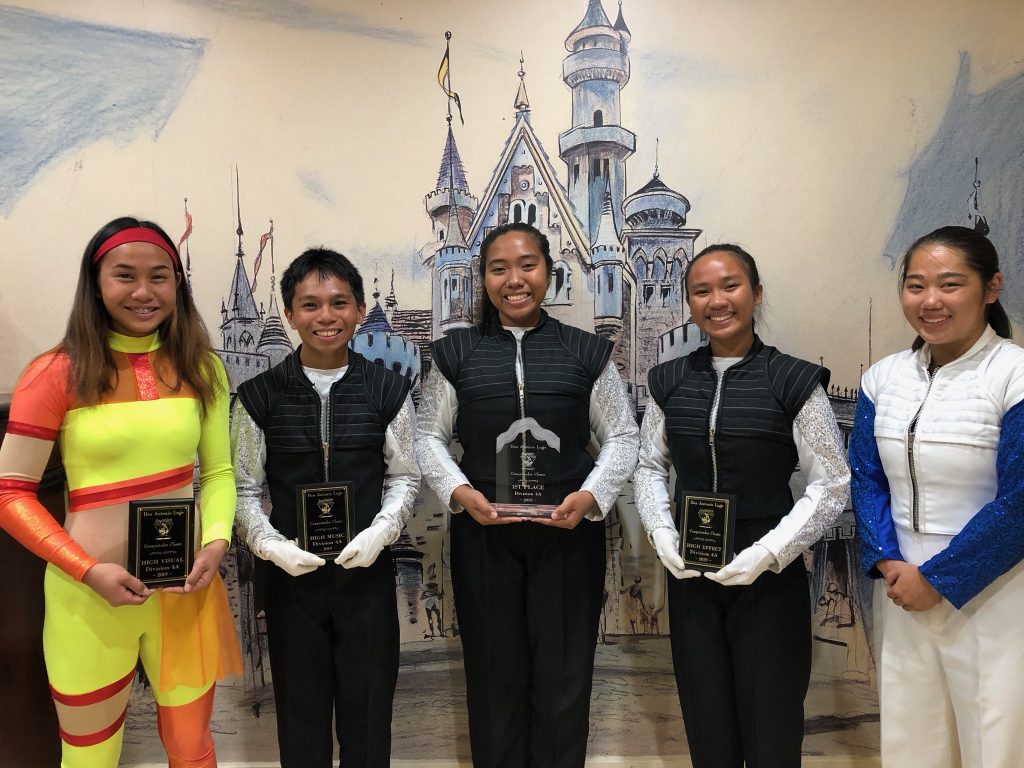 Maui High Band Director, Kerry Wasano, said the final award is nice but doesn’t make or break their season. “I tell my students that the journey is more important than the end result. And everybody grew this year, not just in skill, but in maturity. They grew real quick. We have a big group of freshmen too and they really made a positive contribution to the group this year,” said Wasano.

This year’s Saber marching unit is made up of 123 students. For the more than 30 seniors in the group, this was their final marching performance as a Saber.

One of those seniors, Band President Sarah Sakakihara, was the flute soloist featured in the show. Maui High’s band program was one of the deciding elements that helped Sakakihara make the decision to attend Maui High School four years ago as a freshman.

When asked to name something she got out of this experience, she echoed the teachings of Wasano saying, “I learned that it’s great to win, but that the real success begins from day one on the field when we make the choice to give it our all at rehearsal to make our friends, family, staff and each other proud.”

This season, day one was June 1. The previous school year ended on May 31, and band practice for the 2019 field show began the very next day.

“Our students are very fortunate to learn under Kerry Wasano’s direction,” said Sakakihara’s mom, Linda Monden. “Hard work, perseverance, and respect are at the core of the band’s unique music program.”

Monden is also President of the Maui High Band Boosters. She went on to say that “year-round fundraising is necessary to support the teaching staff and students to achieve their level of excellence. The board would like to express its deep-felt gratitude for the outpouring of aloha from the community which has helped to sustain a program for which we can all feel proud.”

Principal Jamie Yap congratulated the group saying, “We are so very proud of the accomplishments of our marching band. The hard work, sacrifices, fundraising to achieve this goal is a testament to the band’s success. We want to wish them safe travels on their return home.” 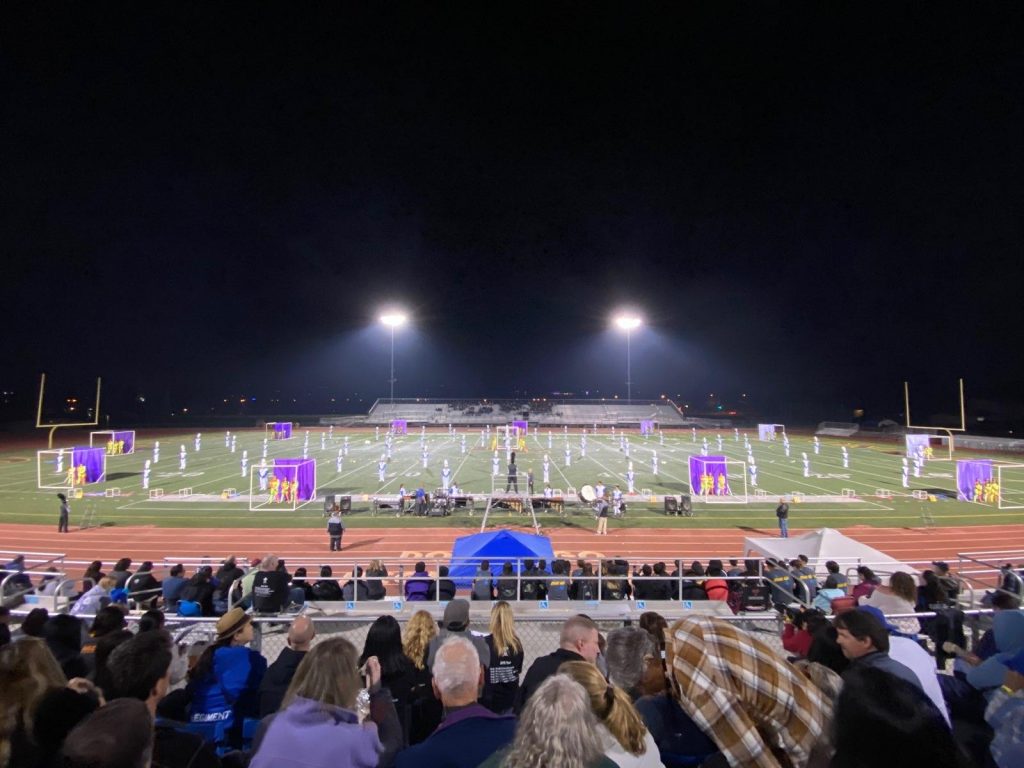