Beach closures are expected to remain in effect for a stretch of South Maui shoreline through today following sightings of several 15-foot tiger sharks this morning.

The closure extends from the Kīhei Boat Ramp to Cove Park in South Maui and includes the Kamaʻole Beach Parks I, II and III.

Maui Fire Department officials reported that they checked for the presence of sharks this morning off of Kamaʻole Beach Parks I and II after a report of “dead or dying fish in the water from a damaged akule net off of Kamaʻole III over the weekend.”

Ocean Safety officers monitored waters from lifeguard towers and aboard watercraft over the weekend, but reported no shark sightings late Saturday or all day Sunday.

County officials say a crew aboard MFD’s Air 1 helicopter observed “at least three and as many as five tiger sharks” a few hundred yards off shore of Kamaʻole I and II shortly before 8 a.m. The sharks were estimated to be at least 15 feet long, according to a county press release.

County officials say a reassessment for the presence of sharks will take place early tomorrow.

A fire crew and police were called to South Maui beaches to advise the public to stay out of the water. The Air 1 crew also communicated with people in the water, asking them to return to shore. 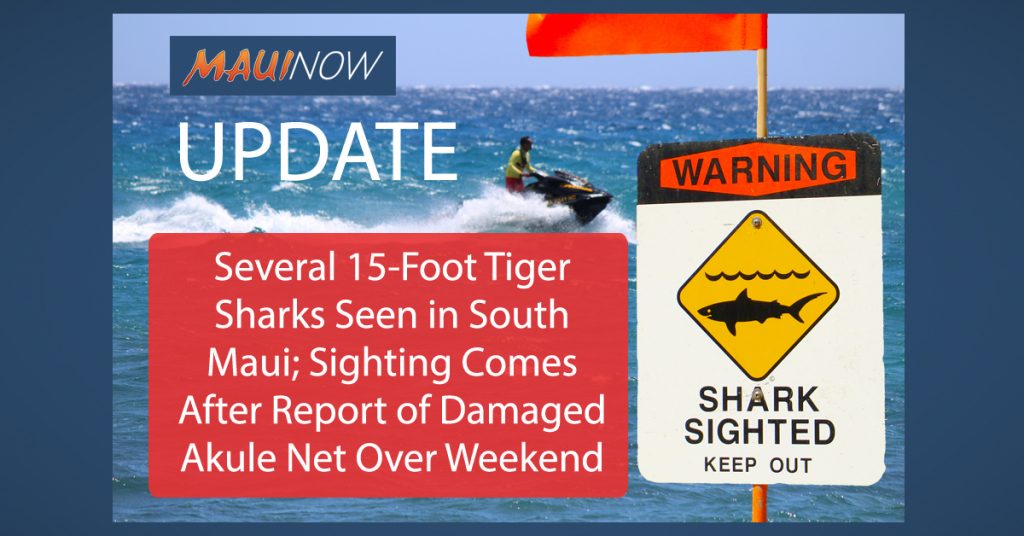 Ocean Safety personnel are posting shark sighting signs along several beaches in South Maui this morning. The sightings occurred earlier this morning at Kamaole I and Kamaole II beach parks, forcing the closure of beaches at both locations. 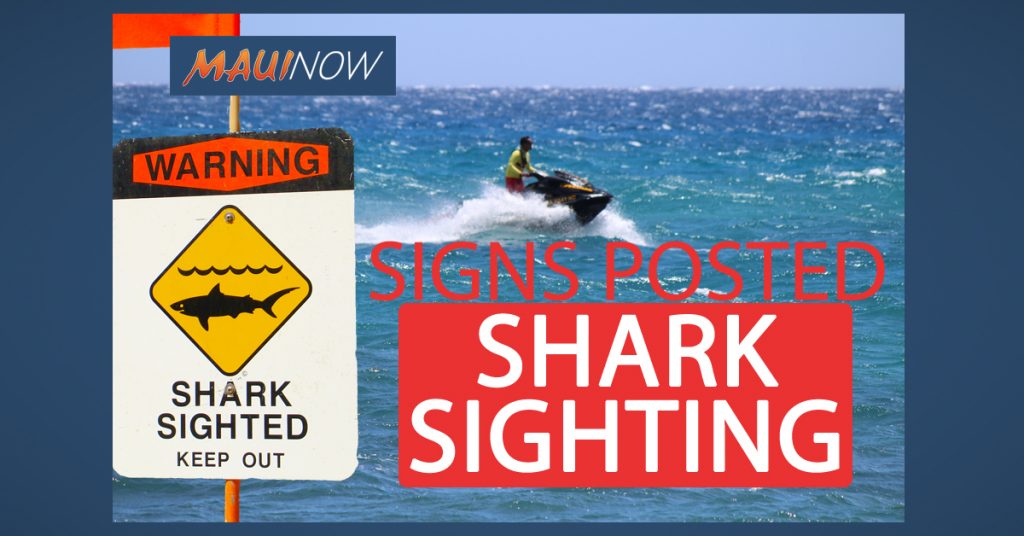