With no observations of sharks in nearshore waters from mid-morning through the end of today, ocean areas from the Kihei Boat Ramp to Kalama Park will reopen Wednesday, Nov. 6, according to the Maui Fire Department.

Signs warning of shark sightings will be removed by the end of ocean safety officers’ shifts today.

Two tiger sharks were spotted this morning during aerial reconnaissance of South Maui waters, prompting the decision to extend the closure of waters between Kīhei Boat Ramp to Kalama Park until further notice.

This morning’s aerial survey did not observe dead or dying fish, which had been seen on Monday after a damaged akule net released fish into the water over the weekend.

The sharks spotted today included: One 10- to 15-foot tiger shark seen about 300 yards off of Kamaʻole Beach Park I; and another, approximately 10-foot shark spotted within 100 yards off of Charley Young Beach.

Signs directing people to keep out of the water because of shark sightings remain posted today. There have been no reports of injuries.

County officials say the presence of sharks will be reassessed throughout the day.

On Monday, the same stretch of shoreline was closed after the sighting of three to five tiger sharks estimated to be at least 15 feet long. Ocean safety officers and Maui police officers were dispatched to the shoreline to tell people to stay out of the water. The Air 1 helicopter crew also communicated with people in the water to return to shore. 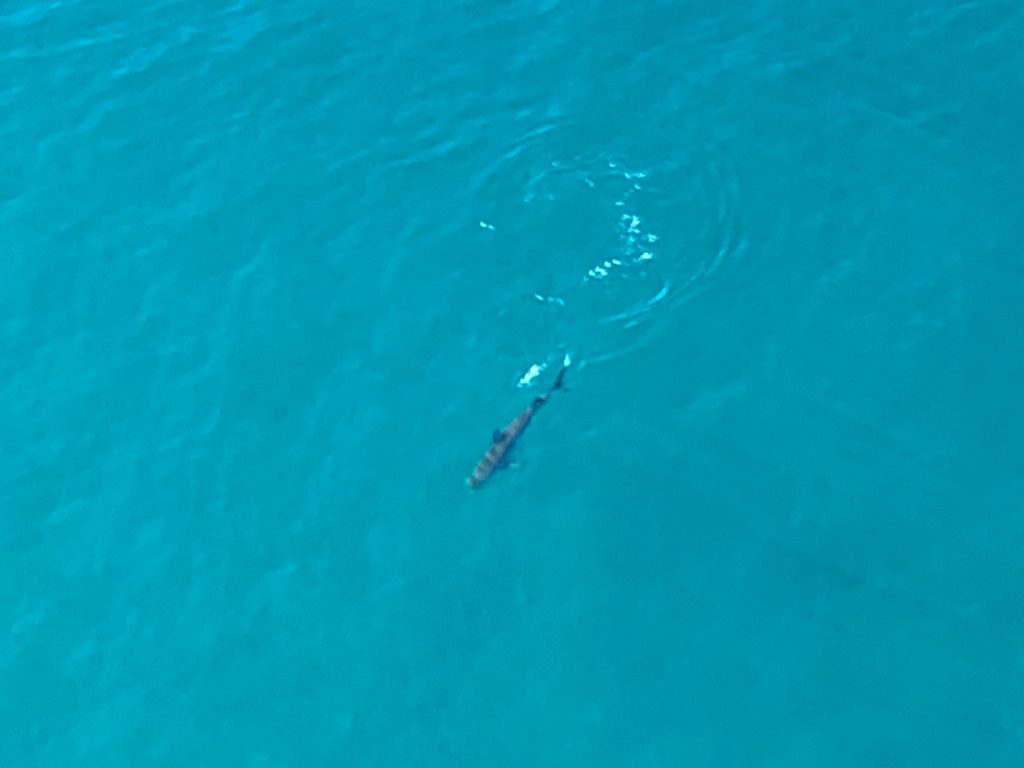 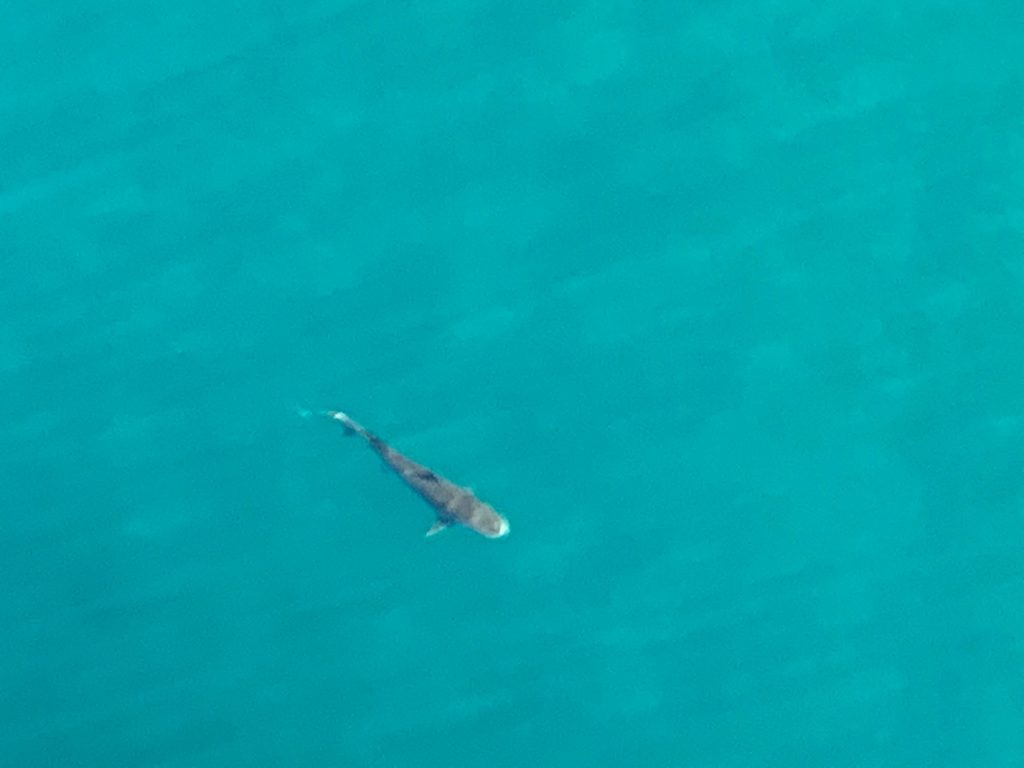