Big Island Man Falls to Death in his Yard

An elderly Hilo man was found dead about 20 feet down a lava tube in his yard on Monday.

Hawai’i Island fire personnel rappelled into the tube to extract the man, who was reportedly not seen or heard from for several days, at about 8:30 that morning.

He was later pronounced dead at the Hilo Medical Center.

An autopsy performed the following day determined that the victim died as a result of injuries from the fall.

Officials say the man appeared to have fallen through a soft spot in the ground at his Kaumana residence, and that foul play is not suspected. 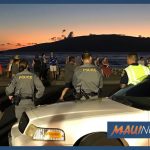 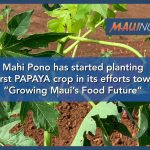