MADD Hawai‘i Kicks Off “Tie One On for Safety” Campaign

Mothers Against Drunk Driving also known as MADD Hawaiʻi, is kicking off its “Tie One On for Safety” campaign, aimed at reminding the community about the dangers of impaired driving and how to avoid senseless tragedies.

Its signature “Tie One On for Safety” red ribbon campaign provides an additional visual reminder to the public of the importance of safe driving during this time of year. Drivers across the country display MADD red ribbons on their vehicles as a promise to plan ahead and designate a non-drinking driver.

The launch comes ahead of the upcoming holiday season, parties and events that could involve alcohol consumption.  The campaign also comes as MADD Hawaiʻi commemorates its 35th year anniversary in the islands.

The organization will hold a campaign kick-off event this Thursday, Nov. 14 at Tamarind Park in Downtown Honolulu from noon to 1 p.m. Honolulu City and County Mayor Kirk Caldwell, the Honolulu Police and Fire Departments and other first responders are scheduled to attend.

Melissa Lau, the wife of Dr. Travis Lau who was killed in the tragic Kakaʻako crash in January, will also share her thoughts.

“MADD Hawaiʻi has been asking drivers to attach our ribbons to their vehicles for 33 years of its 35-year history in the state,” said MADD Hawaiʻi founder Carol McNamee. “The red ribbon has become the iconic reminder for people to think ahead before getting behind the wheel.”

“We want everyone to be safe on our roads year-round and especially during the holiday season, a time when many celebrations include alcoholic beverages,” said Theresa Paulette, Victim Services Specialist for MADD Hawaiʻi. “Drunk driving crashes increase around this time of year; The solution is simple: plan ahead for a non-drinking designated driver if you’re going to drink alcohol.”

Generally, there are more motor vehicle traffic crash fatalities during the holiday period than during non-holiday periods due to more alcohol use, increased travel time on our roadways, and excessive speeding, according to the National Highway Traffic Safety Administration.

Last year, 432 people died on Thanksgiving in car crashes nationwide, with another 1,087 killed between Christmas and New Year’s Day, according to NHTSA, with many of those collisions being alcohol-related.

In all of 2018, 35 people in Hawaiʻi died in alcohol-related crashes, or 30% of the total traffic fatalities for last year.

The red ribbons also signify support for law enforcement officers, who will be out in force as part of the national “Drive Sober or Get Pulled Over” campaign. Other community partners have joined in to support MADD’s annual campaign, including Toyota Hawaiʻi, DTRIC Insurance, and Uber. 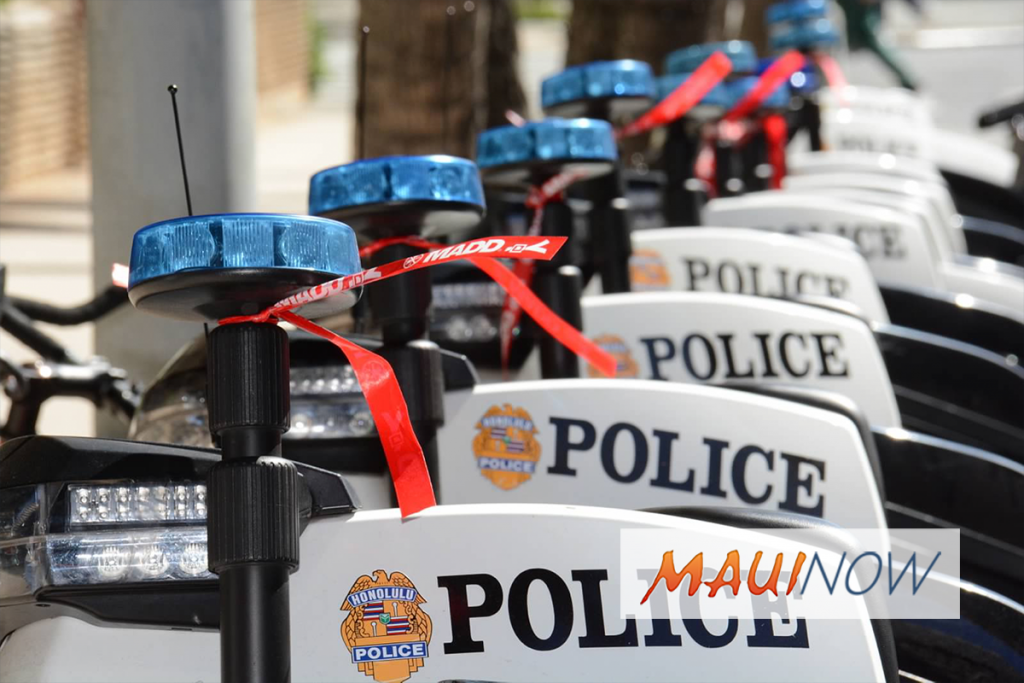