Maui Now received several reports of lights seen over the West and Central Maui skies at around 7 p.m. on Tuesday, Nov. 12, 2019.

Witnesses described what they saw as “a light show” but noted that it did not appear to be coming from a source on the ground.  The lights appeared to be in a straight line and approached from the West according to witness reports.

Similar sightings were also reported from other islands around the state.

Speculation points toward SpaceX’s new Starlink internet satellites that were reportedly launched into orbit on Nov. 11, however confirmation has not been made.

We have reached out to receive confirmation of what may have caused the phenomenon, however are awaiting response.

*In the meantime, if you have images or video please share in the comments below or tell us what you saw. 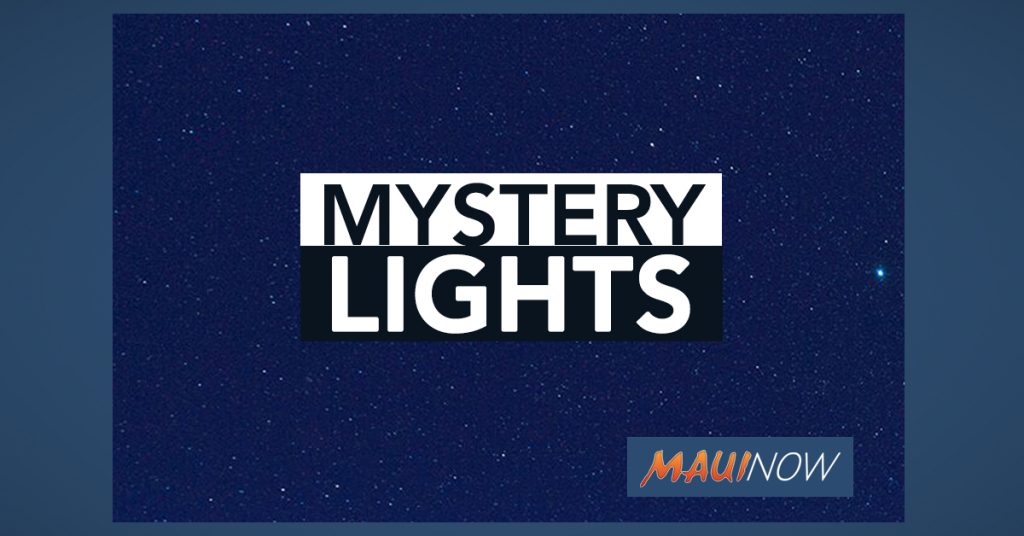