Saxophonist Rock Hendricks to Perform at The Shops 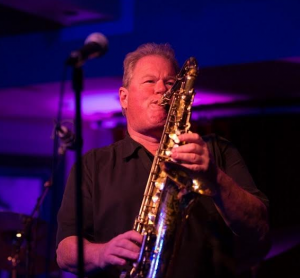 PC: The Shops at Wailea.

Born with a rare congenital eye disease that rendered him virtually blind as a child, Hendricks came to rely solely on his hearing, leading him to the beautiful, sweet tone of the sax.

After several operations resulted in sight restoration, he was gifted his first saxophone at the age of nine, and by 15 was already performing with soul groups in Oakland.

Throughout his career, Hendricks has performed and recorded with legends including The Funkadelics, Michael Buble, The Temptations, Bobby Womack, Bonnie Raitt and Sammy Hagar, among others.

Having lived in Hawaii for over 20 years, Henricks has lent his talents to a number of performances and recordings with a variety of Nā Hōkū award winning Hawaiian artists, such as Cecilio and Kapono, The Cazimero Brothers, Music Magic, Nohelani Cypriano, Azure McCall, and Kalapana.

Jazz at The Shops is a complimentary music event that falls on the first Wednesday of every month at The Shops at Wailea to support different Maui non-profits.

The non-profit recipient for the month of December is Friends of the Children’s Justice Center of Maui, whose mission is to promote community awareness of child abuse and neglect.

A four-hour special event parking voucher is available for $5 at the non-profit’s parking table.