From catching a romantic movie to enjoying an intimate dinner together, some couples establish a routine for celebrating their anniversary.

Each anniversary, the lovebirds hit the town in their wedding regalia.

When asked why she re-wears her wedding gown each anniversary, Emily Rand replied, “I don’t want it to just sit in the closet and turn into a pile of mothballs.”

The couple even invites their other married friends to join them in donning their full wedding gear for the night.

“People love it and would come up to us and be like, ‘Oh my gosh, can we take pictures of you?’ It’s just such a fun way to just not only bring joy to us and remind us of how great that day was, but also to just show other people that marriage is fun and it can be something that is like a joy each year,” Emily Rand added.

The couple agreed that they would try to keep the tradition alive for as long as they can.

“I think there’s kind of can be this stereotype of, ‘oh, the longer you’re married, the worst things are,’ but we just really feel like the more we’re married, the more fun we get to have together,” Emily Rand said. 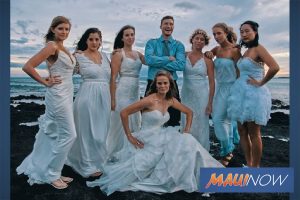 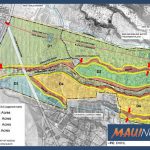 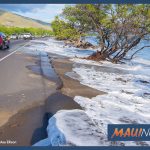