An alligator lizard was found on a Christmas tree in Hilo on Hawaiʻi Island over the weekend and a green iguana was captured this week in Waimānalo, Oʻahu.

State officials say a Hilo resident was transporting a Christmas tree on the rack of his vehicle over the weekend and spotted a large lizard on top of the tree when he arrived home. He was able to capture it and reported the animal to the state’s pest hotline, 643-PEST (7378).

Plant Quarantine inspectors from the Hawaiʻi Department of Agriculture picked up the foot-long lizard Monday morning. Reptile experts at the Honolulu Zoo and the Panaʻewa Rainforest Zoo have identified the lizard as a southern alligator lizard.

HDOA inspectors have traced the origin of the Christmas tree to a shipment from Washington State and conducted follow-up inspections of the remaining Christmas trees from that shipment. No evidence of other alligator lizards was found. Arrangements are currently being made to allow the Panaʻewa Rainforest Zoo to temporarily safeguard the lizard under quarantine conditions for educational purposes.

Southern alligator lizards (Elgaria multicarinata) are native to the US and Mexico and may grow up to two feet in length. Their diet includes various insects, spiders, snails and other lizards.

On Oʻahu, Plant Quarantine inspectors were notified by Honolulu Police about a green iguana that was spotted in a tree at a residence in Waimanalo on Monday morning. Inspectors were dispatched and captured the green iguana which is approximately 4 to 5 feet long.

When fully grown, green iguanas may reach up to 6 feet in length from head to tip of tail. The tail is “quite powerful,” acting as a dangerous weapon in fending off enemies. Green iguanas (Iguana iguana) are native to central Mexico through South America and are typically vegetarians, but are known to disturb bird nestlings and feed on eggs.

Although they are found on Oʻahu, it is illegal to import, possess or transport iguanas in Hawaiʻi. Persons possessing illegal animals are subject to stiff penalties, including fines of up to $200,000 and up to three years in prison. 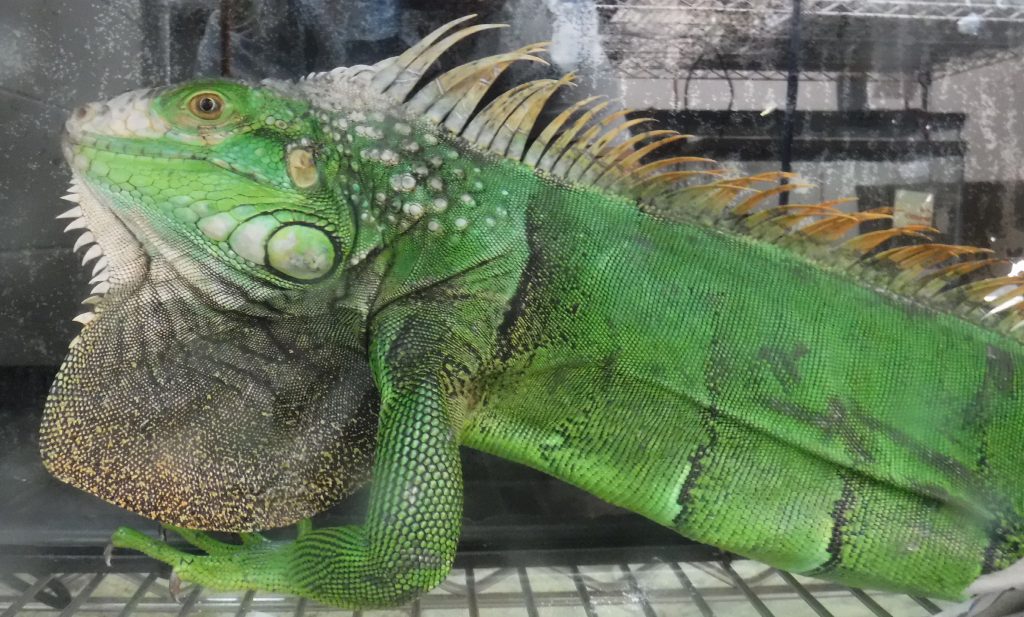 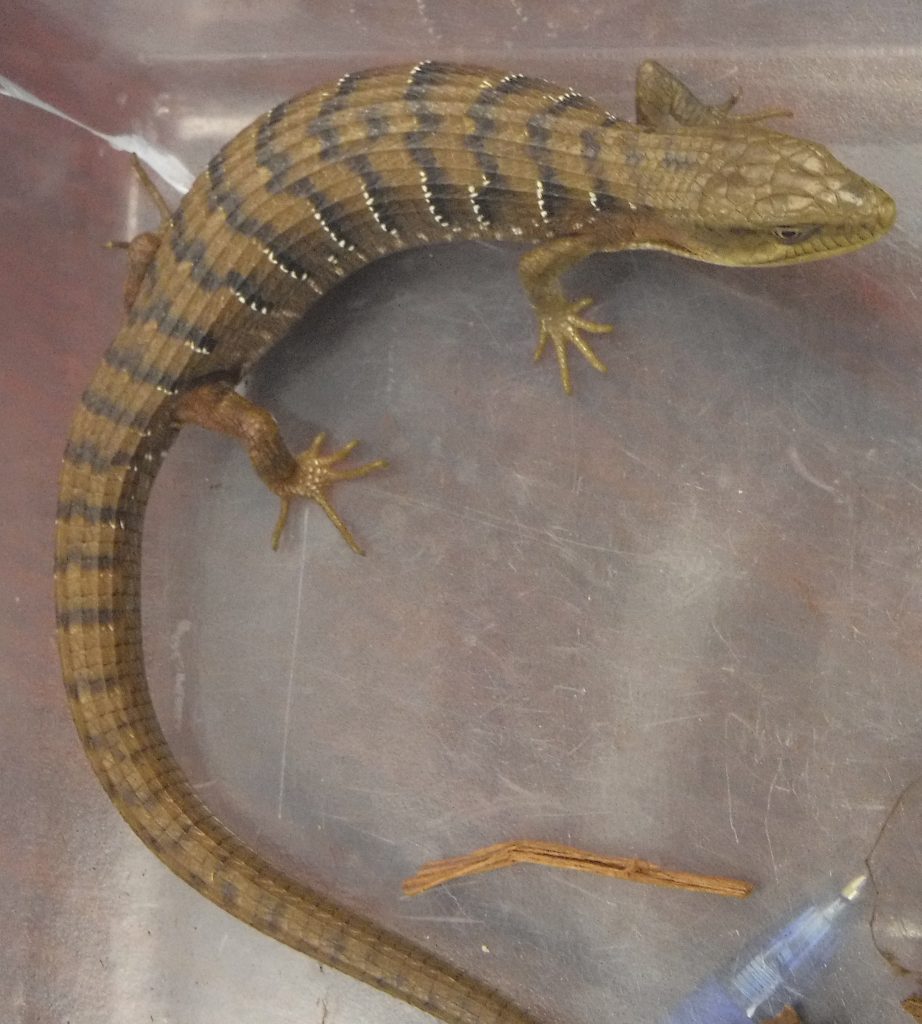