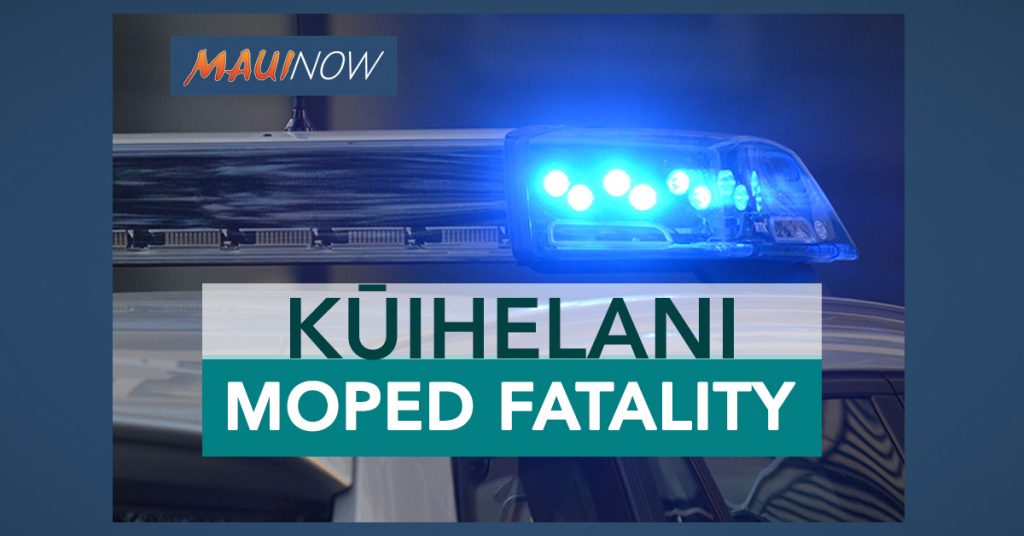 A Maui man succumbed to injuries sustained in a moped crash on the Kūihelani Highway earlier this month.

According to police reports, Tadena was operating a red Zhong Yu moped, and was traveling north-east on Kūihelani Highway within the inner lane at around 3:14 p.m. on Monday, Nov. 4, 2019.

Police say Tadena merged into the right lane and collided into the rear driver side of a silver Toyota Tacoma pickup, which was already occupying that lane. The Toyota was being operated by 64-year-old Pukalani man.

As a result of the crash, Tadena was ejected from his moped and onto the highway, about 528 feet Southwest of Puʻunēnē Avenue in Kahului.

He sustained critical life threatening injuries and was transported to the Maui Memorial Medical Center, but later died of his injuries.

The operator of the Toyota truck was not injured and was wearing his seatbelt at the time of the crash.

An investigation reveals that Tadena was not using a helmet at the time of the crash. Police say the involvement of speed, drugs and alcohol has not been determined as the investigation is still pending.

This was the 22nd fatality on Maui County roads this year, compared to 16 at the same time last year.