The Kansas Jayhawks pulled off an overtime victory against the Dayton Flyers in the Championship game of the 2019 Maui Jim Maui Invitational basketball tournament at the Lahaina Civic Center on Wednesday.

At halftime, the Flyers were in the lead 37-36, but The Jayhawks broke away in overtime with a final score of 90-84.

“That was a great basketball game. Two good teams competing against each other and in a terrific atmosphere. Proud to be a part of it and certainly very fortunate that we came out on top,” said Kansas coach Bill Self.

Senior center Udoka Azubuike and sophomore guard Devon Dotson were awarded Tournament MVP awards. Both scored career highs in the championship game with 31 points by Dotson and 29 points by Azubuike.

Senior center Udoka Azubuike and sophomore guard Devon Dotson were awarded Tournament MVP. Both players scored career highs in the championship game with 31 points by Dotson and 29 points by Azubuike.

During a post-game press conference, Self was asked if it was the best performance he’s seen of Devon and Udoka play on the same day at the same time.

Self responded saying, “Yeah, yeah, I would say so. I don’t have all the stats, but they both got their career highs tonight, didn’t they? So, yeah, I would say that’s the best. I was excited. You look at different things, Dok didn’t turn the ball over. And so he was patient on the post, he didn’t dribble as much, so there were some positive things that he did that was very good. And Dot, I don’t know how he has the energy to play that fast. He’s a welcome addition too. But that’s the best 1-2 punch we have seen maybe with anybody in awhile in our program.” 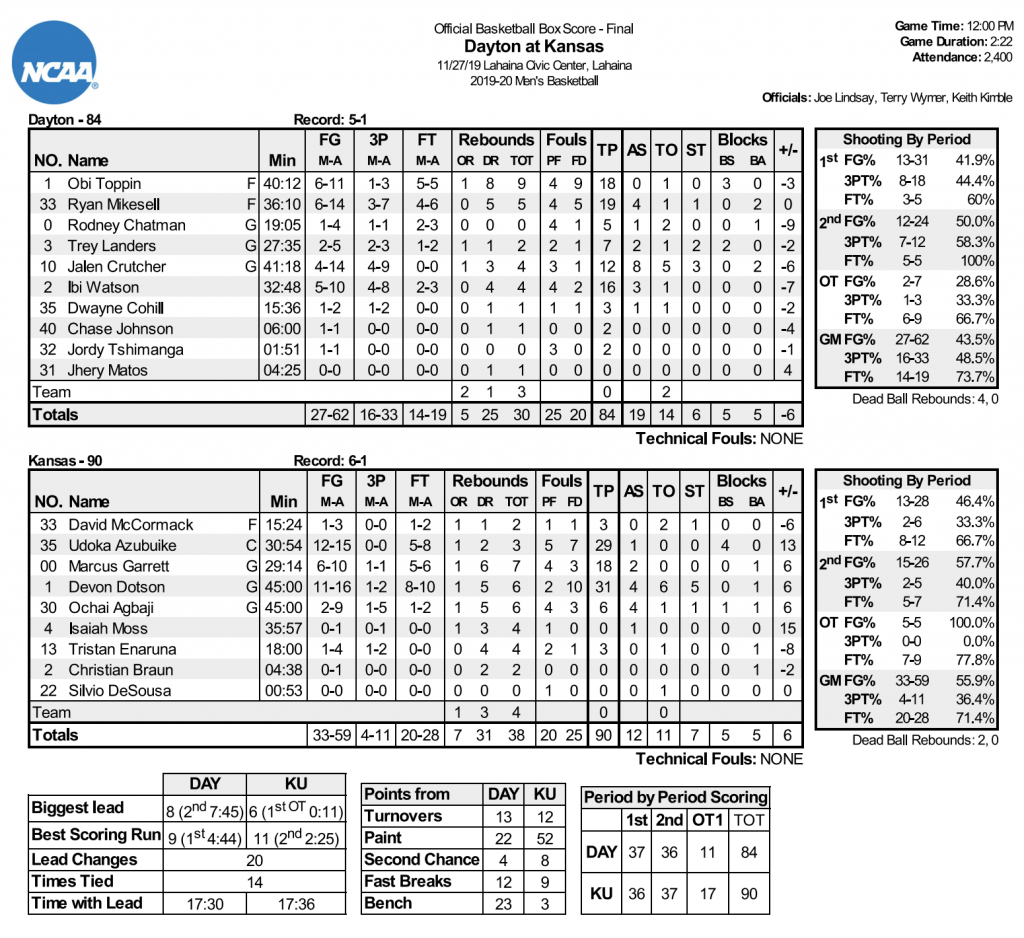