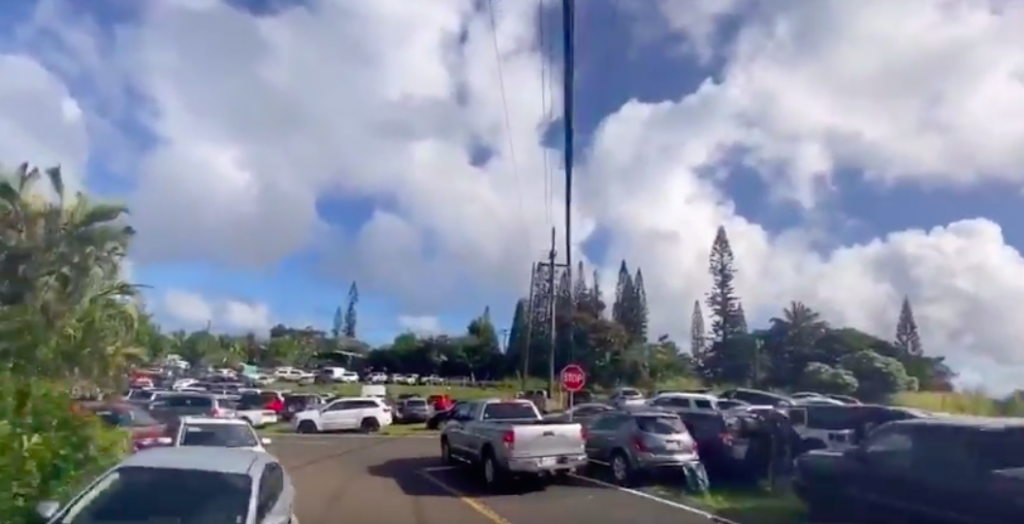 But there was another big spectacle at the competition that worried nearby community members–the crowd.

Representatives from the Hāna Highway Regulation committee say they received numerous complaints from Haʻikū residents regarding illegal parking and trespassing on private property during the contest on Thursday.

That morning, committee volunteers tallied over 400 cars on the side of the road, claiming that 136 of them were parked illegally and that 32 were “causing significant traffic hazards for those in commute along Hāna Highway.”

According to the HHR, some vehicles were parked “halfway on the roadways.” The community-based organization also expressed concerns to the World Surf League, the event organizer, over the lack of security and planning measures to ensure public safety.

“There was no parking management mechanisms by the WSL and there were no crossing guards on duty to assist the influx of people attempting to cross one of Maui’s busiest highways,” a press release from the committee read.

“The community organization feels there are not enough safety measures in place by the WSL to manage an event of this caliber, and that the burden and inconveniences typically fall on the residents of the area and facets of Maui County’s emergency rescue teams.”

The HHR recommends that the organization implement traffic safety measures for any future events that may affect the Hāna Highway.

Maui Now has reached out to the WSL and is awaiting a response.