US Senator Brian Schatz (D-Hawai‘i), a member of the Senate Appropriations Committee, successfully advanced state priorities which are now included in the final deal.

“Hawai‘i’s share of federal dollars continues to grow every year,” said Sen. Schatz. “This appropriations bill will give our state the federal funding we need to create jobs and strengthen housing, health care, and education programs.”

The deal includes a three percent raise in pay for federal workers across the country, including the more than 20,000 federal employees in Hawai‘i. The bill also includes funding for housing, roads, public transit, and infrastructure, as well as Native Hawaiian health and education programs. 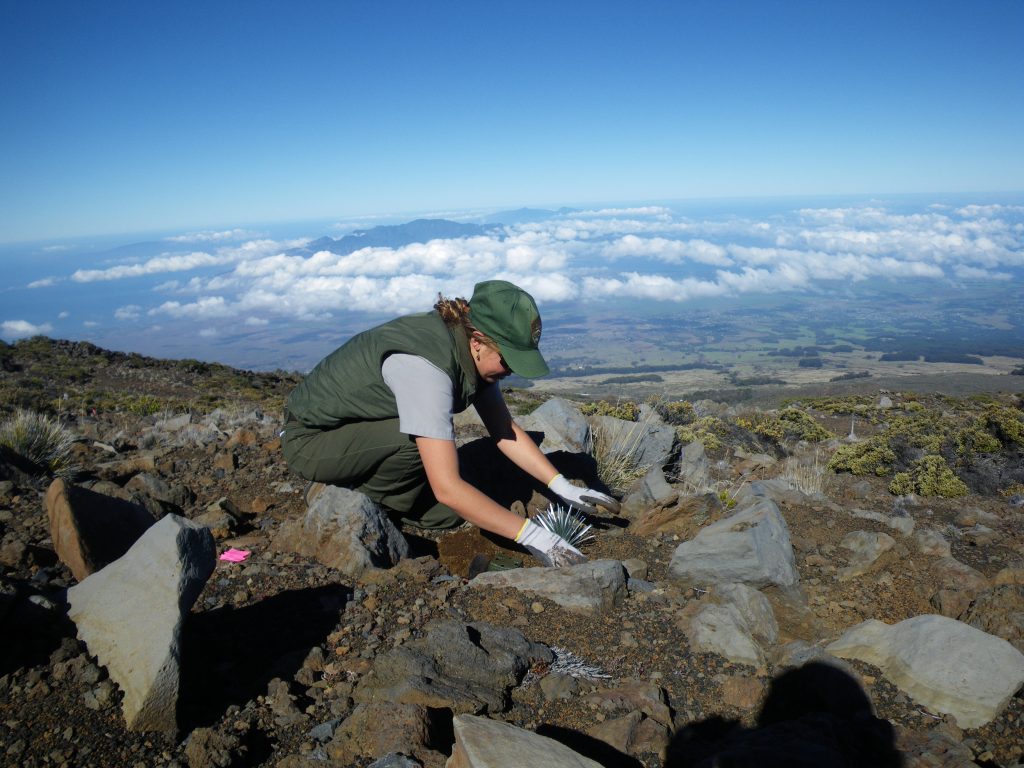 NEW AND INCREASED FUNDING FOR HAWAI‘I

Highway and Transportation—$189 million, a $11.6 million increase from last year. This estimated funding is distributed from the Highway Trust Fund to Hawai‘i for highway maintenance and new construction of bridges, roads, and bike and pedestrian paths.

Bus and Transit—$21.4 million, a $2.2 million increase from last year. This estimated funding is distributed among the state and counties for the operation and capital costs associated with the operation of public transit systems, including the Maui Bus, TheBus, Kauaʻi Bus, Hele-On Bus, and TheHandi-Van fleets.

Veterans Affairs—$92.2 billion (nationwide), a $5.4 billion increase from last year. Funding will be used to:

Hawai‘i Volcano Observatory—$21 million, new funding. These funds will be used to help rebuild the Hawai‘i Volcano Observatory (HVO) field station in the Volcanoes National Park. The observatory was damaged during the 2018 eruption. The field station will provide the monitoring necessary to detect changes and trends at Kīlauea and Mauna Loa. $30 million is also retained in the budget for the USGS Volcano Hazards Program.

Food Security Microgrants—$2 million, new funding. This funding will go towards helping individuals and groups in Hawai‘i purchase tools, soil, seeds, plants, animals, composting units, gardening systems, and other necessities for growing and preserving food. The funds can also be used to expand areas under cultivation, extend the growing season, build or repair livestock fencing, travel to agricultural education programs, expand the sale of locally grown crops and meats, and to engage in other activities that increase food security.

Macadamia Nut Health Initiative—$1 million, new funding. This funding will support research to combat and control the felted macadamia nut coccid to improve the production of this iconic Hawaiian crop.

National Estuarine Research Reserve including Heeia—$27.5 million (nationwide), a $500,000 increase from last year. Funding will be shared among system sites, including the Heeia National Estuarine Research Reserve. This site demonstrates the value of Native Hawaiian taro cultivation and fishpond aquaculture to maintain a healthy ecosystem. It is viewed by NOAA to be a model site because of its seamless integration of science and culture.

World War II Commemorative Program—$5 million, new funding. The funding will help support commemorative events and activities in Honolulu and Washington to celebrate the 75th anniversary of the end of the Second World War.

State of the Birds Research—$3.3 million, an increase of $250,000 from last year. State of the Birds activities are dedicated to stopping the bird extinction crisis in Hawai‘i. More than 90 Hawaiian bird species have gone extinct, and nine listed Hawaiian bird species are currently in decline. These funds are crucial to prevent further extinctions as climate change, habitat degradation and destruction, and other human and environmental impacts threaten to reach crisis levels.

Compact of Free Association Impact—$4.5 million (nationwide), a $500,000 increase from last year. The United States has entered into the Compact of Free Association (COFA) with the governments of the Freely Associated States (FAS), which are the Federated States of Micronesia, the Republic of the Marshall Islands, and the Republic of Palau. These Compacts allow FAS citizens to live in the United States and receive certain benefits. This funding will help Hawai‘i provide those benefits to FAS citizens who live and work in the state.

NOAA Ship Operations in Hawai‘i—$3.3 million, new funding. The bill provides $3.3 million to cover operations after the unexpected decommissioning of NOAA Ship Hiialakai, a research vessel that primarily worked in Papahanaumokuakea, and other parts of the western Pacific, for safety reasons.

Endangered Hawaiian Monk Seals and Sea Turtles Protection—$9.4 million, a $150,000 increase from last year. Hawaiian monk seals are the only seal species in the world that live in only one nation’s territorial waters. Because these seals are an extremely endangered species, we have a responsibility to help them toward recovery. This funding will continue to support monk seal conservation and recovery. Funding will also support sea turtle conservation activities such as interagency consultation and technical assistance on marine turtle by-catch reduction strategies, cooperative conservation actions in the greater Pacific region, marine turtle stock assessments and scientific research projects.

Impact Aid Program—$49.5 million. The estimated Impact Aid funding will provide the Hawai‘i Department of Education with the resources to help finance the education of federally-connected children. Impact Aid funds a range of programs, including efforts to retain highly qualified teachers, adequate technology, facilities renovation, and maintenance of transportation fleets.

Cultural Tourism—$4.4 million (nationwide). Funding includes $1 million from transportation and $3.4 million from community and economic development accounts within the Department of the Interior to implement the Schatz-led NATIVE Act, which was signed into law in September 2016. Sen. Schatz authored this law to empower native communities, including Native Hawaiians, American Indians, and Alaska Natives, to tell their own stories and share in the benefits of heritage and cultural tourism in the United States.

Papahanaumokuakea Marine National Monument—$1 million. The spending deal authorizes NOAA to award a competitive grant of up to $1 million for research and management activities in Papahanaumokuakea. The funding is subject to a 100 percent non-federal match and will bring new resources to keep our Hawaiian archipelago healthy and productive. Past uses of the funding have included research to understand the impact of climate change on the ecosystem, and the removal of marine debris.

East-West Center—$16.7 million, despite President Trump’s proposed elimination. The East-West Center directly supports the U.S. rebalance to the Asia Pacific through cooperative study, research, and dialogue with countries in the region. It is the only U.S. institution that provides a multilateral approach through research and exchange programs.

Invasive Species Control—$23 million (nationwide). The USGS invasive species program prevents introductions, detects species at low abundances, assesses new and established invaders, monitors and forecasts threats of invaders, and controls and manages established invaders. Due to the high number of invasive species in Hawai‘i, a significant portion of this funding is directed to the state for projects related to brown tree snakes, regional biosecurity, rapid ohia death, and many others.

Clean Energy Research for the Military—$20 million, despite President Trump’s proposed elimination. Hawai‘i continues to lead in clean energy technology and implementation, which will pay dividends to our state, our economy, and our national security. This funding supports the Navy’s alternative energy research programs, including those in Hawai‘i that are working to make the Navy and its installations more resilient and less reliant on fossil fuels.

Environmental Restoration on Formerly Used Defense Sites—$275 million (nationwide), despite a proposed cut from President Trump. Funding supports the U.S. Army Corps of Engineers’ continued efforts to identify and remove unexploded ordnance at former military sites across the neighbor islands and to ensure that military training and activities remain in balance with Hawai‘i’s local needs. Sen. Schatz worked to secure an additional $58 million above the president’s budget.

Airport Agricultural Inspections—$32.3 million. In Hawai‘i, this program helps to fund federal agricultural inspectors at airports on Kauaʻi, Maui, Oʻahu, and Hawai‘i Island. It is critical to conduct inspections at the neighbor island airports so that passengers can directly connect to flights to the mainland.

Hansen’s Disease Treatment in Hawai‘i—$1.9 million. Under this Health Resources and Services Administration (HRSA) program, payments are made to the State of Hawai‘i for the medical care and treatment of persons with Hansen’s Disease in its hospital and clinic facilities in Kalaupapa and Honolulu. Programs supported by HRSA to address Hansen’s Disease are particularly important in states like Hawai‘i that have large populations of immigrants from nations with high rates of the disease.

Tsunami Program—$31.6 million (nationwide), despite major cuts proposed by President Trump. The NOAA Tsunami Program provides funding to coastal states for preparedness activities such as inundation mapping, disaster planning, and tsunami education. Funding includes $12.2 million for tsunami monitoring, $13.4 million for forecasts, and $6 million for a grant program, which states can compete for, to prepare inundation maps and assist with outreach and education. Hawai‘i relies on all three components of the program. Despite deep cuts proposed by President Trump, Sen. Schatz helped protect funding for this critical program.

OTHER HIGHLIGHTS FOR HAWAI‘I

High Performance Computing Modernization Program—$225 million, despite President Trump’s $40 million proposed cut. This funding supports DoD’s regional supercomputing centers, including the Maui High Performance Computing Center (MHPCC). Working with Committee leaders, Sen. Schatz was able to increase funding for the program by $40 million above the president’s budget to ensure that DoD has the funding it needs to upgrade the technology at MHPCC so that it can continue to support the military’s current and future high-performance computing needs in Hawai‘i and the Pacific.

Project HOPE Opportunity Probation with Enforcement—$4.5 million (nationwide). Based on Hawai‘i’s Opportunity Probation with Enforcement (HOPE) program, this high-intensity supervision program reduces probation violations by drug offenders and others at high risk of recidivism. The funds will support the existing federal program to replicate the HOPE model and provide $500,000 to establish an institute to provide training, technical assistance, and best practices to assist other jurisdictions with the program.