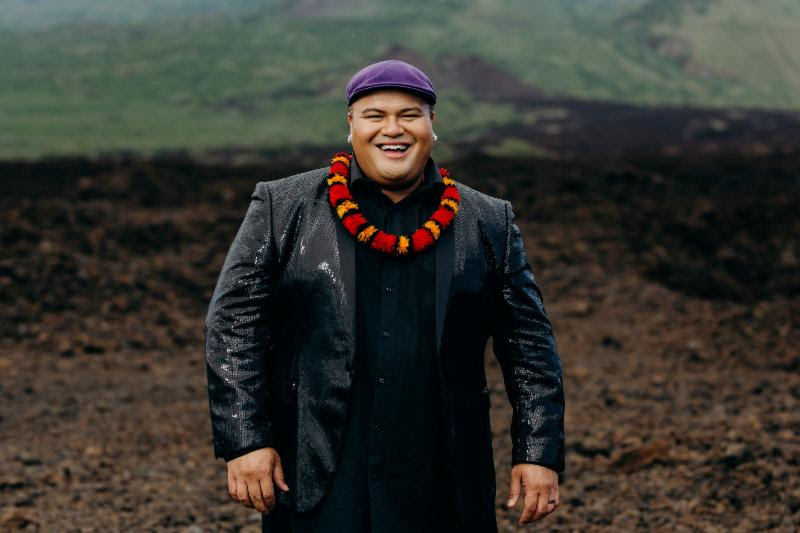 “No ‘Ane‘i” is the title of Kalani Pe‘a’s sophomore album, which translates to “We belong here.” File Photo By: Antonio Agosto courtesy The Shops at Wailea

The Shops at Wailea welcomes back two-time Grammy Award-winning Kalani Pe’a for a live performance on Wednesday, Jan. 15. The complimentary concert will take place at the main Fountain Courtyard from 5:30 to 7 p.m.

With his 2016 debut album “E Walea,” Hilo native Kalani Pe’a became the first Hawaiian recording artist to ever win a Nā Hōkū Hanohano Award and a Grammy Award for the same album.

His sophomore album “No ‘Ane’i” (We Belong Here) was released in 2018, resulting in his second Grammy Award in the “Best Regional Roots Music Album” category.

Kalani has been praised for Hawaiian language fluency, songwriting skills, and commitment to his Hawaiian roots, as well as a musical range that runs from traditional chant and Hawaiian classics to R&B.

He began singing at the age of four to address a stutter as a child, and his natural talent was subsequently recognized in singing competitions from childhood to college years, and has brought him to the forefront of Hawaiian music today.

Concerts at The Shops, which features headlining musicians from all the Hawaiian Islands, is a free monthly benefit concert series held at The Shops at Wailea. This community event occurs on the third and fifth Wednesday of every month at the main Fountain Courtyard, with select tenants featuring special offers on event days.

In a continued effort to give back to the community, The Shops at Wailea supports a different Maui non-profit each month with a portion of the special event parking fees going to the selected charity. The non-profit recipient for the month of January is Maui United Way, whose goal is to lead in uniting partners to provide a thriving, sustainable quality of life by effectively addressing Maui’s most vital needs through the impact areas of Education, Income and Health.