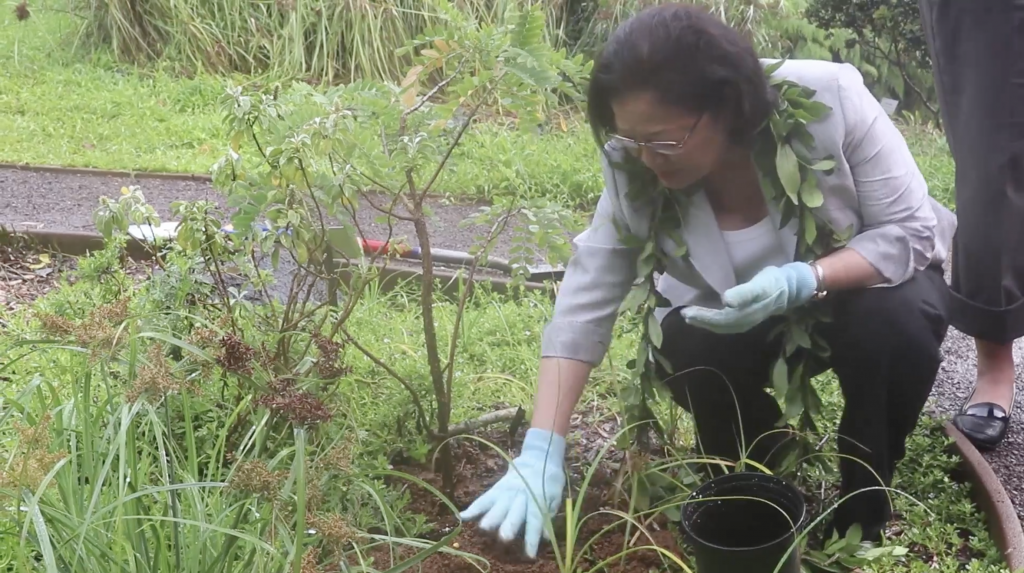 Senator Hirono plants a native ohai tree during a visit to Lyon Arboretum in August 2018.

According to Sen. Hirono, Hawaiʻi is home to more than 350 federally listed threatened and endangered plant species.

“The growing threat posed by climate change means these plants are especially vulnerable, and we need to act now to prevent them from disappearing forever. The Pacific Islands Plant Conservation Fund that this bill establishes would provide critical resources to prevent our most sensitive plant species from going extinct,” said Sen. Hirono.

The bill establishes a conservation fund for each of the four targeted species groups.

The Pacific Islands Plant Conservation Fund would receive $30 million over six years. The fund would be divided among applicants from states, tribes, research institutions, nonprofit organizations, or authorities that manage habitat that is home to the targeted group of species. Priority would be given to projects with a local funding match and funds would be targeted to on-the-ground efforts to prevent the most sensitive species from going extinct.

“The DLNR Division of Forestry and Wildlife is charged with protecting 45% of the nation’s endangered plants in remote nearly-inaccessible mountainous areas with limited resources,” David Smith, Administrator for the Hawaiʻi Department of Land and Natural Resources Division of Forestry and Wildlife, said. “We are excited at the potential funding this bill could bring to increase our capacity to prevent the extinction of hundreds of nationally important plant species.”