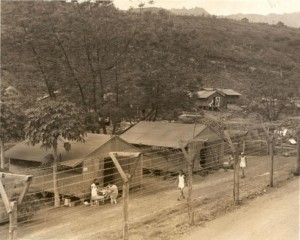 A new exhibit at the Nisei Veterans Memorial Center explores the history of Japanese internment on Maui.

The exhibit, “Internment: Stories from Maui,” features personal stories, photographs, and information on the two detention centers on the island.

About 110,000 people of Japanese ancestry were interned.

After the bombing of Pearl Harbor, US military personnel began rounding up Japanese residents in Hawai’i who were considered influential in the community. Those detained included businessmen, priests, Japanese-language school teachers, and professionals.

Mauians including Kiyoji Hotta and Shigeru Murakami were interned in camps on the mainland while their sons, serving in the US army, lost their lives on the battlefield in Italy.