The University of Hawaiʻi at Mānoa Hawaiian language production, “ʻAuʻa ʻIa: Holding On” is the featured opening act at an Off-Broadway festival taking place this week in New York City.

Thirty-five student and faculty cast members join four Kumu and four production technicians at the Lower East Side’s 4th Street Theater Community. This is the first time in UH history that a production has been selected to perform Off-Broadway.

“It felt good to connect with other people, other cultures because this is a festival for native voices. People from all over, all walks of life, all walks of cultures,” said Dylan Chase Lee – UH Mānoa student, cast member.

The festival features plays written and performed by representatives from a number of indigenous cultures, including members from the Sioux and Navajo tribes.

ʻAuʻa ʻIa: Holding On, written and directed by UH Mānoa Prof. Hailiʻōpua, debuted at Kennedy Theatre in September 2019 and is performed predominantly in Hawaiian.

The play captures pivotal moments in Hawaiʻi’s history from the perspective of four haumāna (students).

The Hawaii group arrived to frigid NYC temperatures in the 30s. They have a total of four performances, with the final show set for Friday.

Click here to view the ʻAuʻa ʻIa: Holding On trailer. 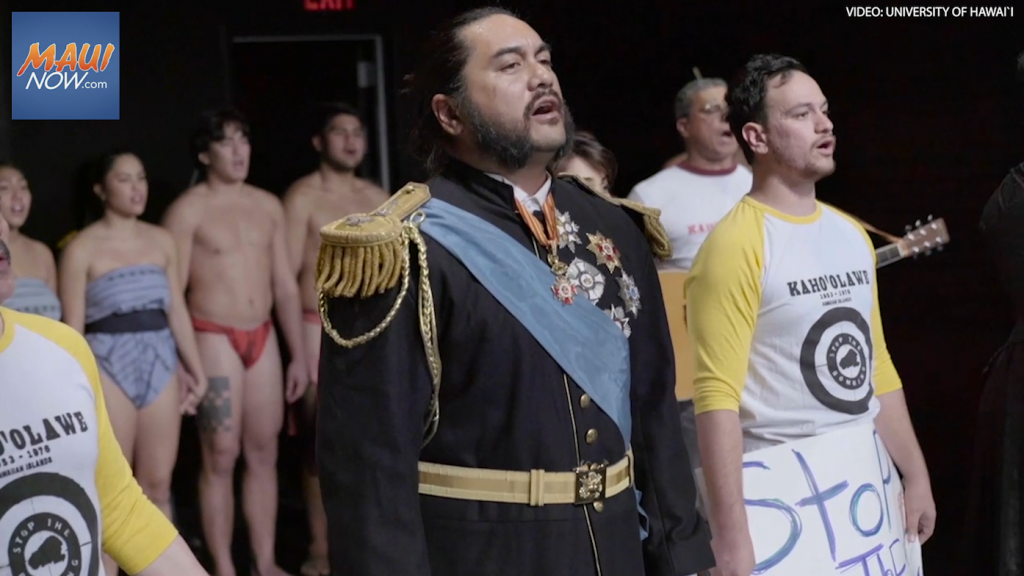