Grammy-Nominated Artist Josh Tatofi to Headline Concerts at The Shops 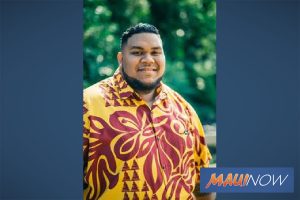 Singer-songwriter Josh Tatofi, a two time Nā Hōkū Hanohano Award winner for Best Male Vocalist of the Year and Best Island Album of the Year, will headline Concerts at The Shops this month.

Dubbed “The Polynesian Luther Vandross” for his smooth vocals, Tatofi fuses rhythm and blues with his Polynesian heritage.

Born in Honolulu, Tatofi grew up on Windward O‘ahu before moving with his family to Maui in his early teens. Tatofi was exposed to music at an early age by his father, Tivaini Tatofi, who was a founding member of renowned island reggae band Kapena.

He began performing throughout the Hawaiian Islands in his teens, and recorded an album with the popular Maui band ‘Ekolu at the age of nineteen.

During the concert, Tatofi will perform favorites from his hit Hawaiian music album Pua Kiele, and introduce music from his latest album released in December, Ua Kui a Lawa, at the Fountain Courtyard of The Shops at Wailea on Wednesday, January 29 from 5:30 p.m. to 7p.m.

Concerts at The Shops, which features headlining musicians from all Hawaiian Islands, is a free monthly benefit concert series held at The Shops at Wailea. This community event occurs on the third and fifth Wednesday of every month at the main Fountain Courtyard, with select tenants featuring special offers on event days.

Each month, The Shops at Wailea supports a different Maui non-profit with a portion of the special event parking fees going to the selected charity.

The non-profit recipient for the month of January is Maui United Way, whose goal is to lead in uniting partners to provide a thriving, sustainable quality of life by effectively addressing Maui’s most vital needs through the impact areas of Education, Income and Health.

A four-hour special event parking voucher is available for $5 and can be purchased at the non-profit’s parking table.