Police remain on the scene of a fatal shooting incident on Oʻahu that claimed the lives of two Honolulu Police officers on Sunday morning. Authorities say an ensuing fire destroyed at least seven homes in the Diamond Head neighborhood.

The suspect, 69-year-old Jerry Hanel remained unaccounted for at last report, and is presumed dead after a fire consumed the residence of origin.  Hanel is among three people who are unaccounted for following the incident–the others are females whose last known locations were at the home where the incident began.

“We will continue to search for Hanel until we confirm that his remains are recovered,” said Honolulu Police Chief Susan Ballard who spoke at a press conference on Sunday.

She said the incident began with a 911 call at 9 a.m. from a female indicating she needed help. According to Ballard, the initial responding officer found the woman with a stab wound to the leg. The woman who was stabbed was transported to Queen’s Medical Center for further treatment and was not among those unaccounted for.

Multiple media reports indicate the woman was trying to evict the suspect from the Hibiscus Drive home.

Police say two additional officers arrived and were walking down the driveway when the suspect opened fire, shooting officer Enriques, who was assigned to District 6 in Waikīkī.

“Two other officers were forced to take cover as more officers arrived to assist. The suspect fired at the second group of officers, and fatally struck officer Kalama,” who was assigned to District 7 in East Honolulu, according to Chief Ballard. “More officers arrived and shortly after they saw thick black smoke coming out of the home. Several homes were engulfed in flames and several more had significant damage,” she said.

Chief Ballard said officers were familiar with the suspect and had responded to the home on several occasions before, but he had not acted out in previous encounters.

Officers were equipped with bullet proof vests, but those killed were struck above the vest, according to police. Police say Hanel did not have permits to own a gun.

“They were like my kids,” said Chief Ballard of the fallen officers. “They were with me for five years at the receiving desk when I was a Major down there… I knew each one of them very personally,” she said.

Chief Ballard said it will likely take days to process the crime scene, including recovery of any remains. 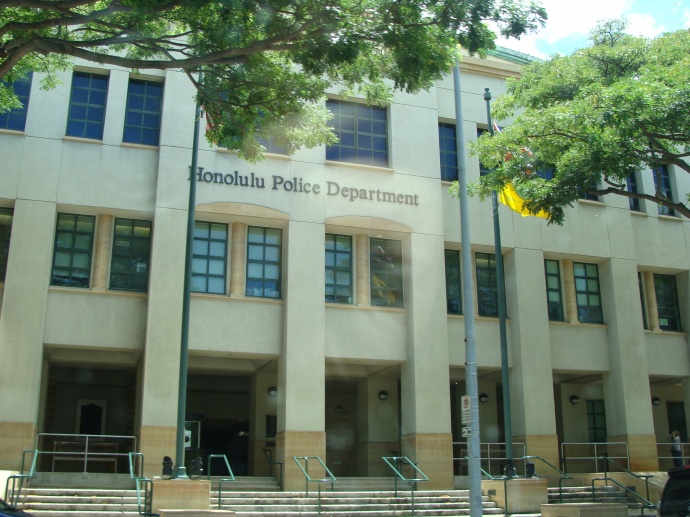