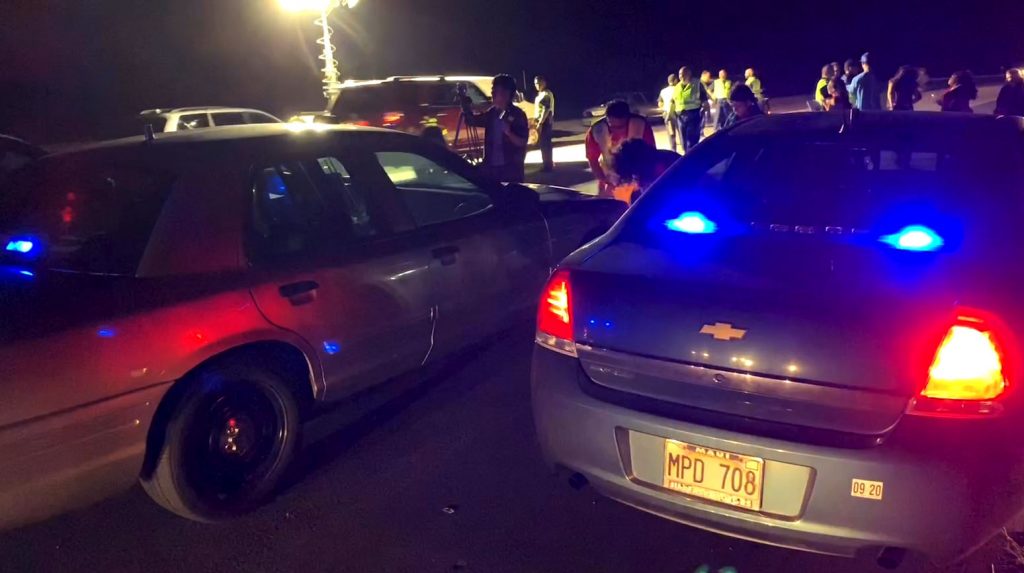 Maui police arrested eight individuals for driving under the influence of an intoxicant and towed a total of five vehicles during a weekend enforcement effort in which police utilized Maui’s new DUI Tow law.

The bill is modeled after Aliyah’s law on Hawaiʻi Island which is designed to deter motorists from driving under the influence of drugs and alcohol by authorizing police to tow vehicles at the driver’s or registered owner’s expense when they are arrested for a DUI.

The vehicles that were not towed during the Friday through Sunday enforcement effort, had a sober passenger that was legally able to drive, according to police. In those cases, the vehicles were turned over to the passenger.

“Generally it’s rare–rare meaning that there is a sober passenger,” said Maui Police Lieutenant William Hankins, who is the department’s Traffic Commander. “It just shows how alcohol affects judgement. I’m sure the drivers ‘felt’ they were ‘OK’ to drive. If you have a passeneger who hasn’t been drinking, then that is the person who should be driving. This is the behavior we need to change,” he said.

Authorities say the cost of towing a vehicle can range from $300 to $600, depending on various factors.

For a first time offense, this includes a 14 hour minimum substance abuse rehabilitation program; one-year revocation of license; and one or more of the following: 72-hours of community service, between 2 to 5 days of jail time, and between $250 and $1,000 in fines.

For an additional DUI offense within 10 years of a prior conviction, the driver faces: 2 to 3 year revocation of their license and installation during the revocation period of an ignition interlock device on any vehicle operated by the person. A repeat offense also calls for either no less than 240 hours of community service or between five and 30 days in jail, of which at least forty-eight hours shall be served consecutively; a fine of between $1,00 and $3,000; and various other surcharges.