Nominations are currently being sought for the 2020 Women of Excellence Awards in Maui County.

The Committee on the Status of Women is accepting nominations for the bi-annual awards as it celebrates the 100th anniversary of the passage of the 19th Amendment, securing and protecting women’s constitutional right to vote.

The award honors women who tirelessly work towards advocating for the rights of women in all capacities.

Nominations are available through the County of Maui and are due by Feb. 14, 2020.

The CSW is seeking nominations of women who live in the county of Maui within four categories:

Awardees will be selected based on their actions. Along with the nomination form, nominators are encouraged to submit a short historical anecdote exemplifying how the nominee’s story demonstrates their advocacy for women’s rights.

Nomination forms can be found online. You can also pick up a nomination form inside the County Building at 200 S. High Street in Wailuku at the information booth in the lobby, or on the 9th floor at the Office of the Mayor.

“Women of Excellence” winners will be recognized during a Women’s History Month awards presentation on March 24, 2020, from 3 to 5 p.m. on the 9th floor of the County Building at 200 S. High Street in Wailuku. 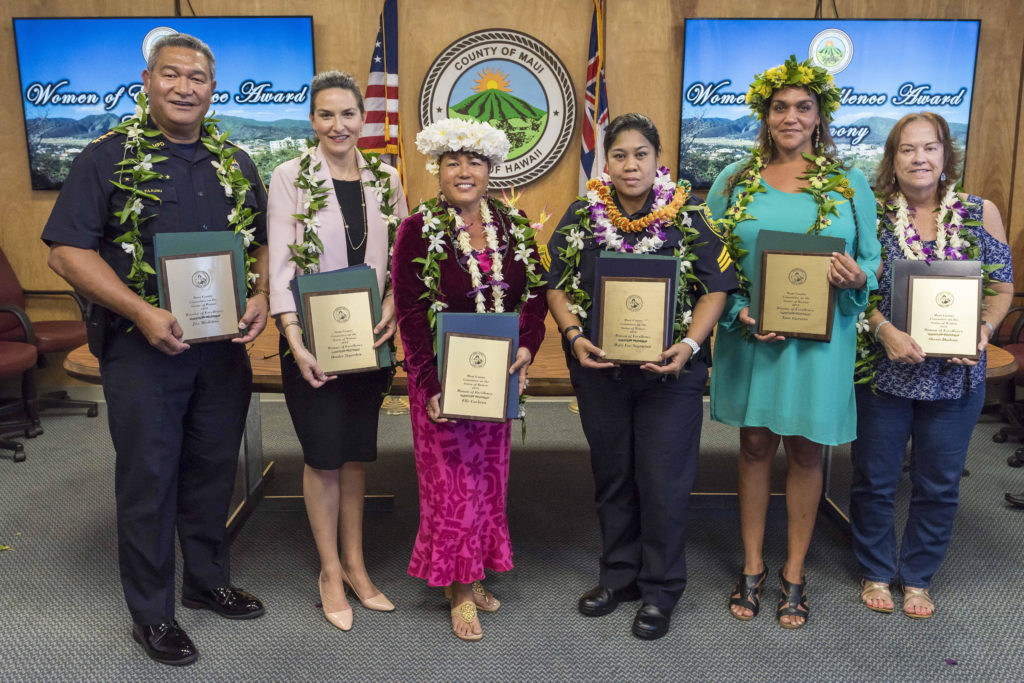