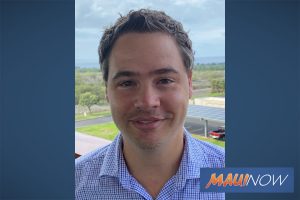 The Governance Board of Kīhei Charter School has announced the appointment of Michael Stubbs as the Head of School.

Stubbs replaces former Head of School John Colson, who has been with the school for several years and will now serve as an educational consultant.

Stubbs will continue as acting High School Director and take on the role of Head of School until a replacement is found for the high school leader position.

Stubbs was born and raised on Maui and received his Bachelor of Arts in Spanish at Ithaca College in New York. He received his Master of Arts in Teaching: Secondary Education, at Manhattanville College , then taught for 7 years in New York City middle and high schools before returning to Maui.

The school is also currently accepting applications for all faculty positions at the school. Those interested in applying may submit resumes to Kīhei Charter School HR, PO Box 1098, Kihei, HI 96753.