A coalition of cultural practitioners and conservation groups filed a lawsuit against the state Department of Land and Natural Resources on Monday alleging the department is allowing the unregulated extraction of fish and other aquatic wildlife from Hawai‘i’s reefs by the aquarium pet trade without environmental review.

The environmental law firm Earthjustice, who is representing the coalition, said the lawsuit comes after an injunction in 2017 that required the agency to stop issuing permits for commercial aquarium collection until it examined environmental impacts.

The complaint alleges the department instead created a loophole that the group claims has resulted in the extraction of more than a half-a-million marine animals from Hawaiʻi reefs over the past two years.

DLNR maintains that under current law, commercial aquarium fishing is allowed, as long as collectors have a valid commercial marine license and are using legal gear and methods.  “This is applicable for all areas except West Hawaii, where all aquarium collection is prohibited until an environmental review is completed,” according to the Hawaiʻi DLNR.

Maui Now solicited comment from the Department on Monday.  A DLNR spokesperson said they respect the right for Earthjustice to pursue the matter in court, however they have not seen the lawsuit and could not comment on its substance.

The coalition claims that DLNR has “effectively deregulated” the aquarium pet trade by continuing to issue and renew commercial marine licenses to aquarium collectors without first requiring aquarium collection permits or environmental review, “as long as collectors say they don’t use fine-meshed gear.”

The group alleges that DLNR “has done nothing to verify what kind of equipment the aquarium collectors are actually using.”

Groups represented under the lawsuit include: For the Fishes, Willie and Ka‘imi Kaupiko, Mike Nakachi, and the Center for Biological Diversity.  The lawsuit comes weeks after the coalition alerted DLNR of its alleged wrongdoings.  Earthjustice says the agency “did not respond or take any actions to correct course.”

“We’re going to court today to safeguard Hawai‘i’s treasured marine life against an absentee agency that insists on giving the aquarium industry free rein to strip our reefs and export our marine life to mainland hobbyists,” said Earthjustice attorney Mahesh Cleveland. “Half a million marine animals in two years is devastating for our reefs, and just scandalous in light of the courts’ instructions to halt aquarium collection until the agency and industry fully come to grips with the environmental impacts of what they’re doing.”

“We were shocked to learn that under the agency’s watch, the industry has continued ravaging Hawai‘i’s reefs without any assessment of environmental harm, despite the courts’ rulings,” said Rene Umberger, Executive Director of For the Fishes. “Taking hundreds of thousands of marine animals for private profits obviously requires public scrutiny and accountability under the environmental review process.” 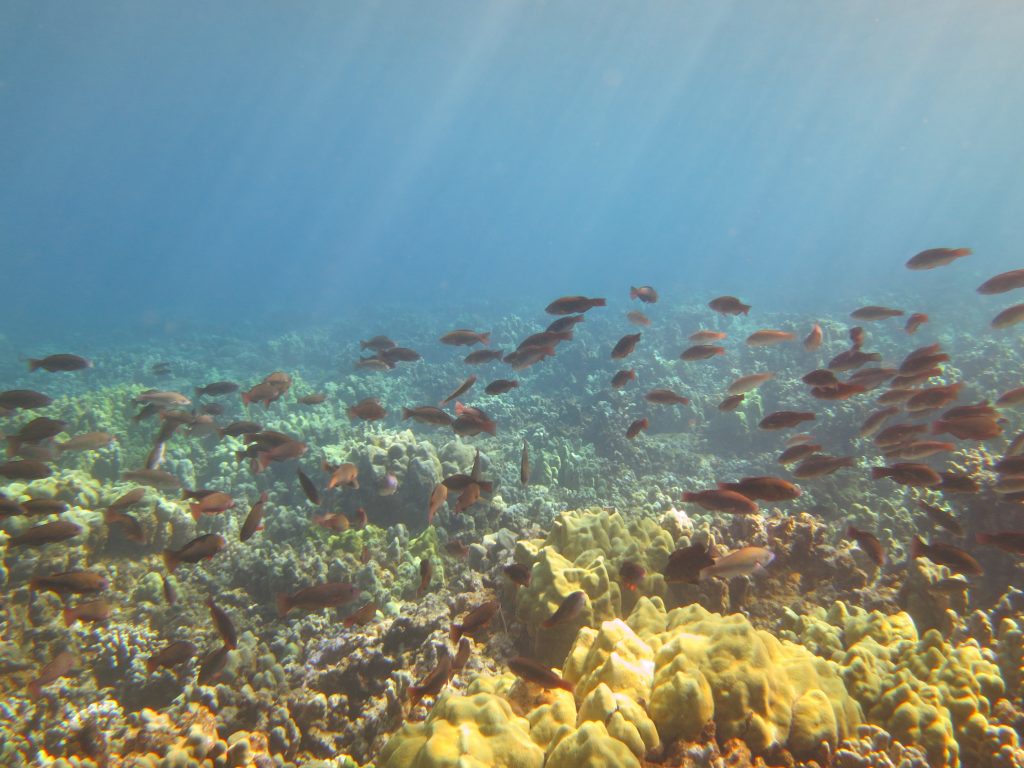