Bill Wyland Galleries Debuts Pop Up at The Shops 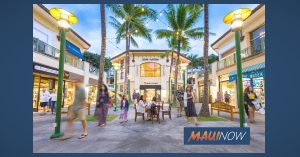 PC: The Shops at Wailea.

The Shops at Wailea welcomes Bill Wyland Galleries for a seasonal pop up gallery.

The temporary gallery is the second Maui location for Bill Wyland Galleries, which is home to the works of more than 20 artists, most of whom are from Hawaiʻi.

Located in The Shops at Wailea’s second floor luxury wing, the gallery will be open until March 1.

The brother of renowned ocean artist Wyland, Bill Wyland has created an empire of galleries and retail stores in showcasing the works of his brother and other marine artists.

On Saturday, February 8, Bill Wyland Galleries will be hosting a meet and greet with some of the artists whose works grace the gallery walls.

From 5 p.m. until 9 p.m., guests can mingle with “The Twins” Alessio and Marcello Bugagiar, whose oil paintings on native koa wood depict traditional images of Hawaiian life. 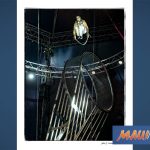 The Super American Circus is Coming to Maui 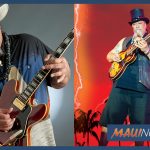 Willie K: "I'm at Terminal Now... And I'm Still Going to be Rocking"