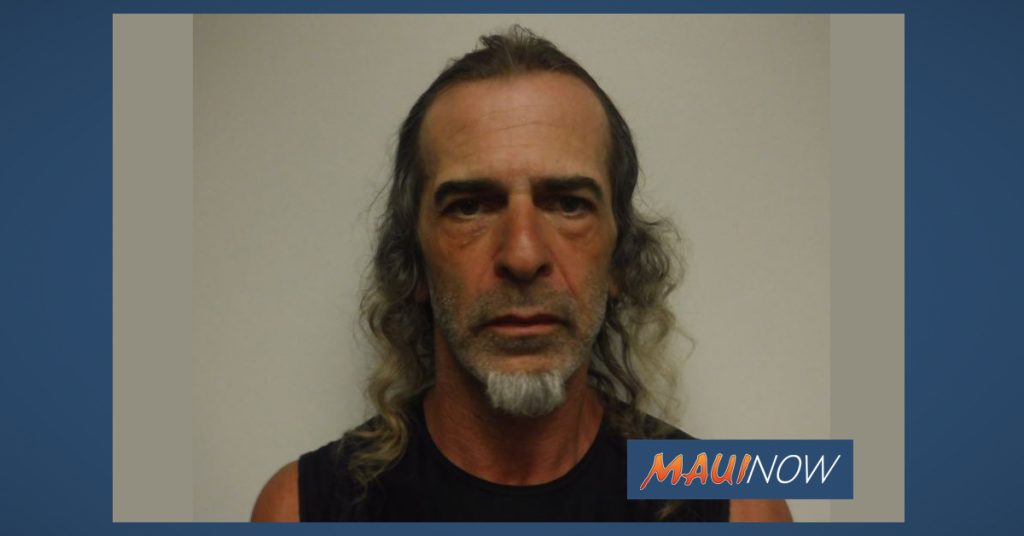 A Lahaina man is being held in lieu of $100,000 bail after being charged with second degree attempted murder for an incident this morning that left another man with “puncture-type” injuries.

Fifty-one-year-old Ralph Guarino was charged in connection with the incident and remained in police custody at last report.

The charges stem from an incident reported at around 9:17 a.m. on Tuesday, Feb. 4, 2020, in the area of 666 Front Street in West Maui.  Police say the initial report involved a possible Terroristic Threatening type case.

Lahaina Patrol officers arrived on scene to find a victim with multiple lacerations and “puncture-type” injuries, according to department reports.

Police say the victim, who was described as an adult male, was treated by medics and transported to the Maui Memorial Medical Center in stable condition.