The offenders, which included two 16-year-olds and one 15-year-old, were processed by Maui police and released to their guardians.

Maui police say they take all threats seriously and will seek prosecution. 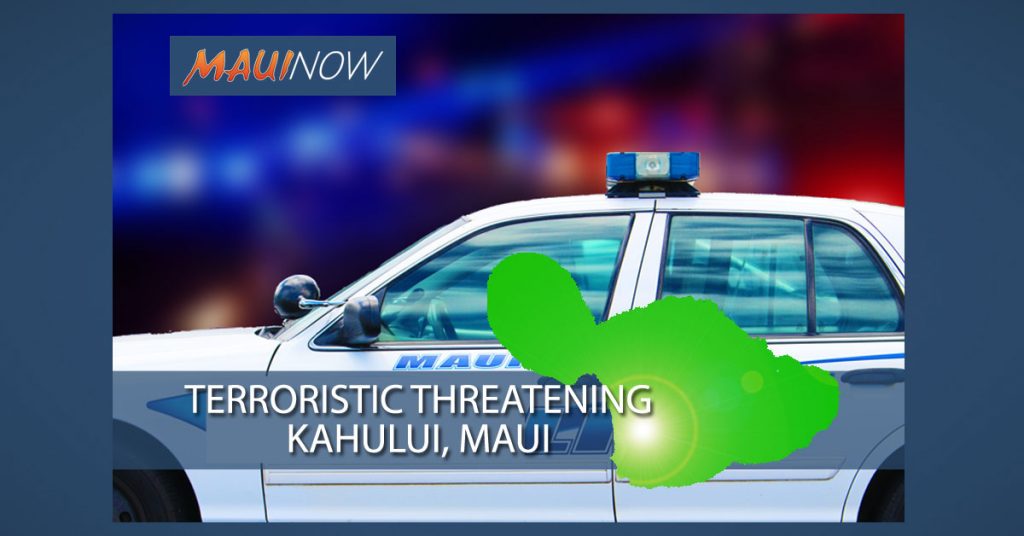 The public is encouraged to report crimes and students are encouraged to utilize “Text a Tip,” where they can confidentially report a variety of incidents including: thefts, harassment, fights, disorderly conduct, vape/e-cigs, drugs, suicide, bullying, cyberbullying, alcohol, vandalism and class cutting.

Text a Tip is available at several high schools in Maui County by texting:

The public is advised to call 911 in an emergency.