Hawaiʻi Ranks Top 10 in US For Highest EMT Salaries 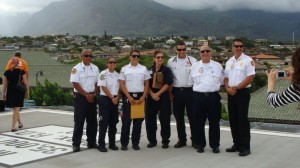 A study from Frontpoint named Hawaiʻi No. 2 in the nation for highest emergency medical technician (EMT) salaries.

According to Frontpoint, the national average salary for EMTs is $37,760 .

The study found that West Virginia has the highest percentage of EMTs per capita, while California boasts the highest difference between its actual and adjusted EMT salary.

Due to the physically demanding nature of the job, Frontpoint explained in a press release, EMTs and paramedics have some of the highest rates of injuries and illnesses compared to other occupations.

EMTs also face some of the highest exposure to contagious pathogens, Frontpoint added.