Representatives with the Pacific Whale Foundation believe crews aboard their Ocean Explorer vessel found yet another humpback whale placenta.  The discovery was made on Feb. 3 by PacWhale Eco-Adventures staff and comes less than two years since their first reported finding in 2018.

Despite Maui being known as a calving area for humpback whales, the discovery is considered to be incredibly rare, according to the PWF.  Researchers hope that specimens collected will help to advance their knowledge about humpback whale reproductive biology.

The discovery also came on the same day that another vessel captured video of a humpback whale giving birth. That footage is believed to be the first video of its kind in existence, according to the organization.

In both instances, they reported the find to Pacific Whale Foundation’s Chief Biologist, Stephanie Stack, who called NOAA Fisheries to report this collection. Marine mammal parts are protected under the Marine Mammal Protection Act which means collecting animal parts, even if discharged or sloughed, is not permitted unless you are operating under authorization.

Stack and the PWF research team worked late into the evening to collect fresh specimens that could be used for histopathological testing, under the direction of the University of Hawaiʻi Stranding Laboratory’s Drs. Kristi West and Ilse Silva-Krott, who joined the Maui team via skype call.

Dr. West said, “It was an amazing effort and represents the first known collection of many fresh and strategically located histological samples from a large whale placenta outside of the whaling industry.”

The next step is to send the sample to the University of Hawaiʻi Stranding Laboratory on Oʻahu to find out what species the sample is from (although it is strongly suspected to be from a humpback whale) and to conduct additional testing to learn about the health of this mother. 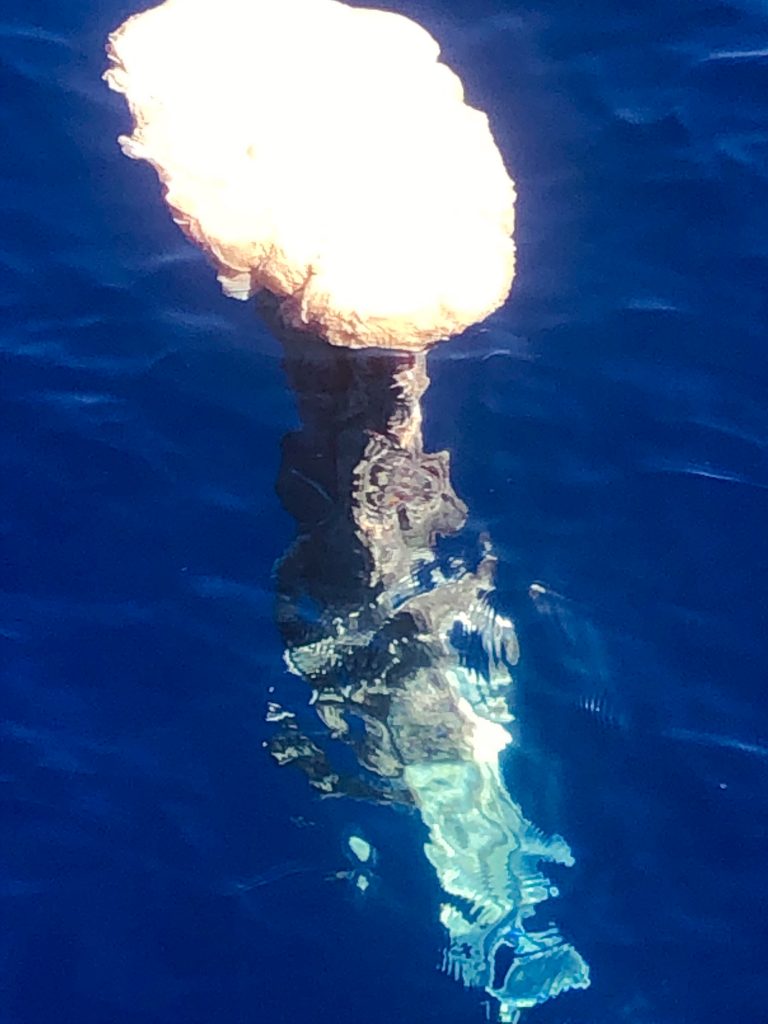