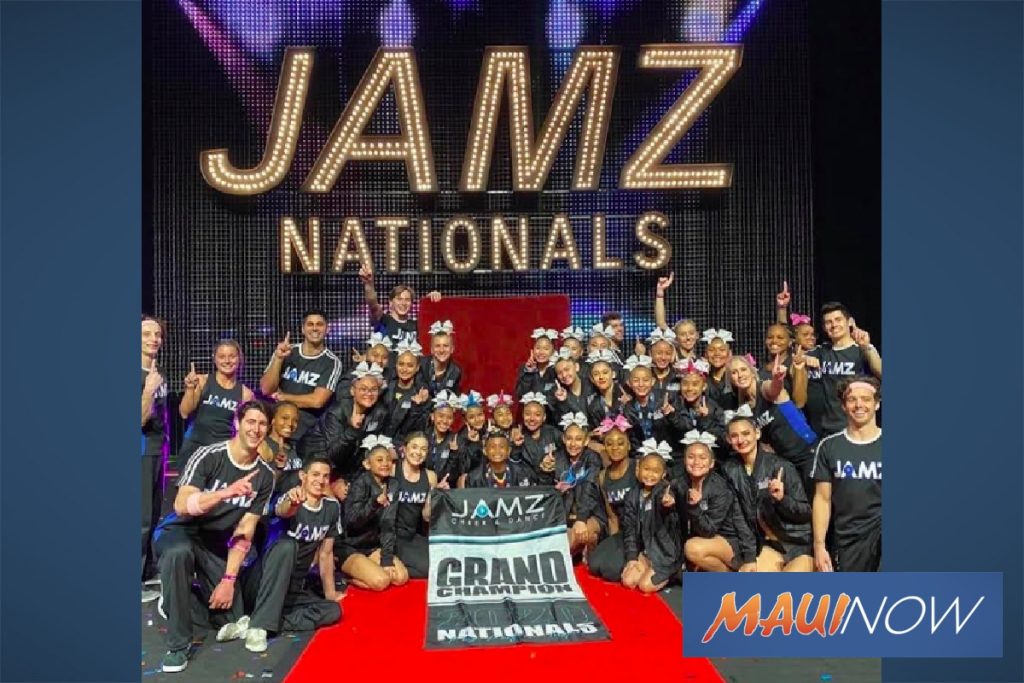 A Hawaiʻi All Stars cheerleading team took the Division One Grand Champion title at the JAMZ All Star Cheer Nationals at the Orleans Arena in Las Vegas, Nevada on Monday.

The International Junior Level 3 Krush Team scored a 98.11 to beat out all 143 teams in the competition.

This is the first time a Hawaii team has won the JAMZ Division One Grand Champion.