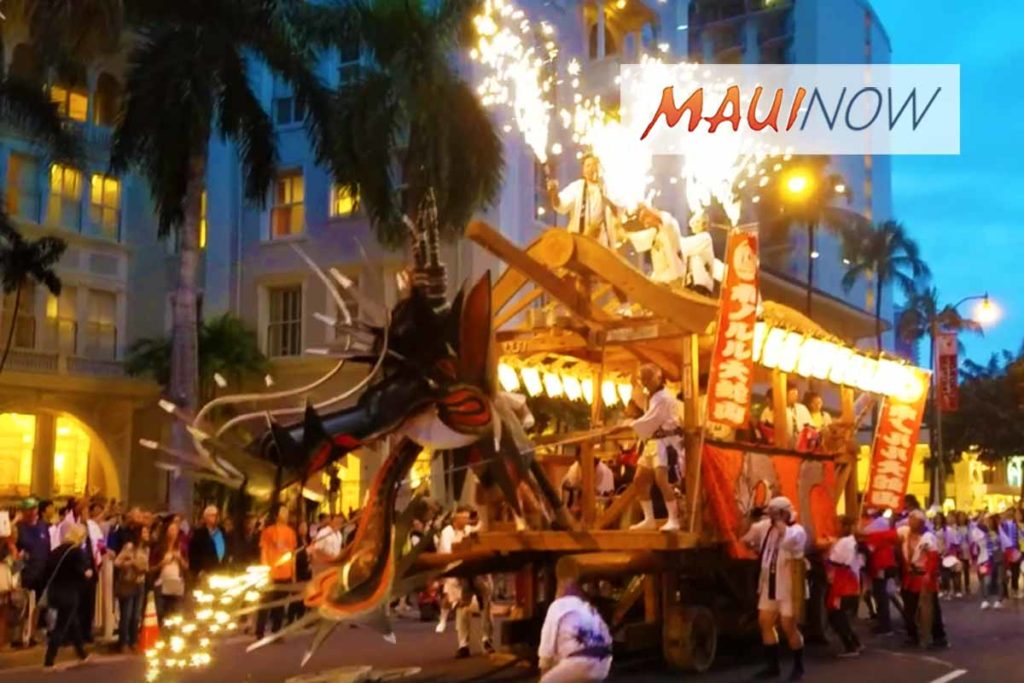 The 26th Annual Honolulu Festival has been cancelled days before its scheduled start on Friday, due to coronavirus concerns. The three day festival was scheduled to run from March 6-8, 2020.

The Festival announced that the event is being canceled to help prevent the potential transmission of the coronavirus in Hawaiʻi.

Foundation officials made the decision to cancel the popular festival in response to recommendations made by the Centers for Disease Control and Prevention, State of Hawaiʻi, and Japan’s government that precautions be taken to prevent the spread of the coronavirus, including the cancellation or postponement of large gatherings of people.

Hiroyuki “Keith” Kitagawa, president of the Honolulu Festival Foundation said, “We apologize for the disappointment our decision to cancel this year’s Honolulu Festival causes for anyone who was looking forward to enjoying this annual celebration of cultural performances and the arts.

“There are currently no cases of the coronavirus in Hawaiʻi. However, considering the precautions and recommendations being made by government health officials to prevent the spread of the coronavirus, canceling this year’s Honolulu Festival is the responsible action to help protect the public’s safety,” said Kitagawa.

The Honolulu Festival was expected to draw thousands of visitors from throughout the Pacific Rim, including more than 100 groups who would share their culture through music, dance and arts in free performances at the Hawaiʻi Convention Center, Ala Moana Center, International Market Place and Waikīkī Beach Walk. Many cultural groups from Hawaiʻi would also perform.

All events scheduled for the Honolulu Festival are cancelled, including the following:

The goal of the annual Honolulu Festival is to celebrate the cultural and ethnic ties of people from Hawaiʻi and nations worldwide. The Honolulu Festival Foundation supports educational and cultural programs for the benefit of Hawaiʻi’s schools, children and the community-at-large through public outreach and charitable efforts.

For more information about the Honolulu Festival, please visit http://www.honolulufestival.com/.