Cruise Ship Headed Back to San Francisco with Quarantined Individual

The Coast Guard informed state officials today that the Grand Princess cruise had two ill passengers onboard a previous cruise, which was not in the islands, who have since tested positive for COVID-19.

State officials note that the two positive patients were not on the cruise while the cruise ship was in Hawaiʻi.  One of those passengers has since died.  That previous cruise took place from Feb. 11-21 and was in Mexico, not in Hawaiʻi, according to Gov. David Ige who joined health officials in a press conference today.

A separate, more recent cruise, started on Feb. 26, and was in Hawaiʻi at the end of February.  While here, it visited four ports on four different islands, the final Hawaiʻi stop being on the Big Island on Feb. 29, 2020.

State officials say a crew member aboard the cruise ship became ill and was admitted to Hilo Medical Center.  “We were able to test that individual and he or she is negative for COVID-19,” said Gov. Ige.

Although the cruises were separate, some passengers continued on.

“My understanding is that there were 54 individuals that continued on from the previous cruise to the current cruise.  And again, we did not receive reports of illness, except for the one individual who was admitted on the Big Island, and whom we have tested, and tested negative,” said Dr. Park.

Since then, as of right now, there is one person on board the ship, which is now en route back to its port of call in San Fransisco, who is quarantined.

Dr. Sarah Park, state’s Epidemiologist, chief, Disease Outbreak Control Division at the Hawaiʻi Department of Health said, “Our understanding is there is someone on that cruise who is in quarantine, who is quite ill, who has tested negative for flu; however there’s also a cluster of cases that have been identified as being positive for flu.”

Dr. Bruce Anderson, Director of Health in Hawaiʻi also spoke at the press conference saying, “The Centers for Disease Control and Prevention has not identified any specific risk for Hawaiʻi and we will continue to work with them to determine if there is a potential threat, but again, at this time there’s no threat to anyone in Hawaiʻi.”

“What they will do when they get to California is to transfer the responsibility for testing the individuals on the boat to the local health authority (the San Francisco Department of Health).  They will then test those that need to be tested.  In this case they will probably end up testing anyone with symptoms, and may even screen others without symptoms for the disease,” said Dr. Anderson.

Dr. Park said, “As far as we understand, the virus right now–the people who are at greatest risk for transmitting infection are those who are ill.  We did not receive reports of illness among those travelers.  The only person who was reported to be ill and requiring hospitalization was the one that we did test.”

State officials note that this particular cruise does alternating cruises between Mexico and Hawaiʻi, and they’re sold as separate tickets/cruises.

State health officials reiterate that there is no reason to think that Hawaiʻi’s food supply or water is threatened, and there is no need for hoarding products.  Preparations should instead be focused on personal hygiene such as washing hands frequently to prevent transmission, according to Dr. Anderson. 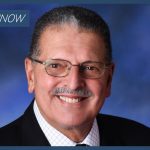 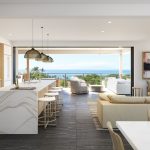