Hawaiian Airlines to Reduce Flight Capacity Systemwide in April and May 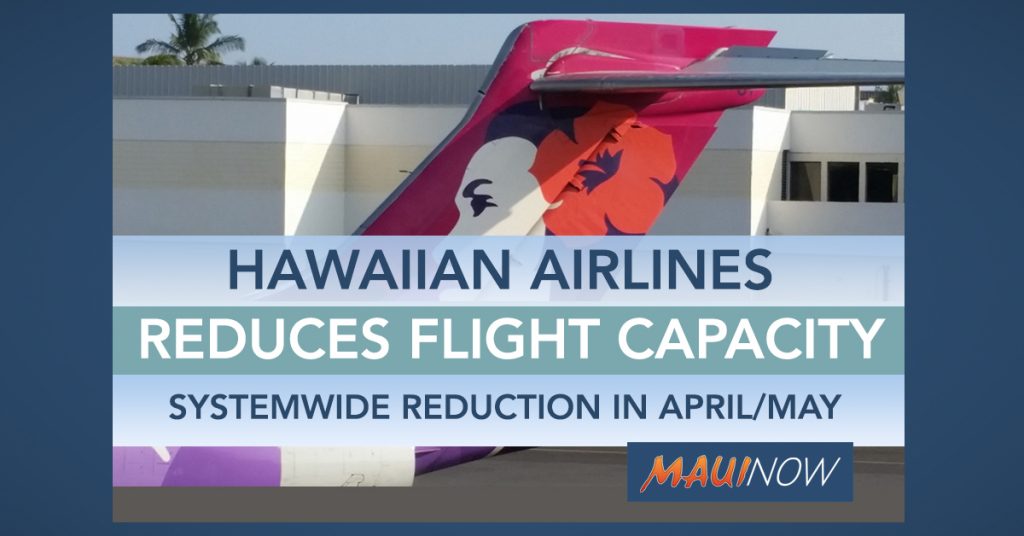 Hawaiian Airlines today announced it will reduce flight capacity systemwide in April and May in response to declining demand caused by the COVID-19 pandemic.

The network adjustments will reduce Hawaiian’s capacity by 8-10 percent in April and 15-20 percent in May, compared to the airline’s original 2020 plans, to better match current demand. Schedule changes will be introduced over the next week.

“We find ourselves in a rapidly evolving environment that has presented our company with its greatest challenge in many years,” Hawaiian Airlines President and CEO Peter Ingram said today in a letter to employees. “We know this will not be our new normal, but we can’t know when health experts and community mitigation efforts will bring the spread of the virus under control – or when travel apprehension will fade.”

As the airline balances its network to reflect evolving market conditions, it continues to offer guests booking flexibility and the ability to change travel plans at no cost while reinforcing and expanding sanitation efforts across the company. Hawaiian has commenced enhanced cleaning of airport spaces and aircraft cabins, and made in-flight service adjustments such as suspending the refiling of beverage and hot towel service.

In his letter, Ingram said the company is instituting a hiring freeze and evaluating a series of actions to reduce costs, including reviewing third-party contracts, deferring non-essential aircraft painting, and renegotiating vendor rates. Hawaiian’s senior executives and board members are voluntarily taking compensation adjustments of 10-20 percent, effective immediately through at least June.