A 71-year-old male visitor has died Wednesday morning after an apparent drowning incident near Black Rock, or Pu’u Keka’a in Lahaina.

Safety officials arrived onshore fronting the Sheraton Maui Resort & Spa a little before noon, where they found hotel staff performing CPR on the man, who was reportedly pulled out of the water.

Fire personnel and medics took over CPR, but were unable to revive the man, who was pronounced dead at the scene.

Officials say weather conditions were “calm,” with no surf. 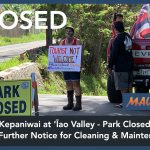 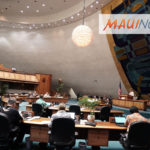