With Less Cars on the Road, Maui Police Want Motorists to Slow Down 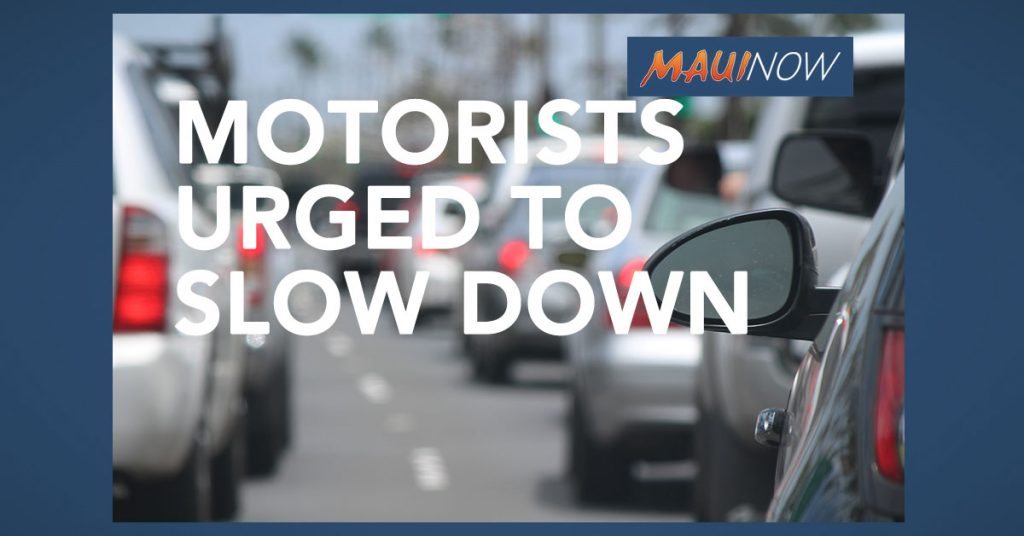 The Maui Police Department has retracted the press release that went out this morning announcing a month long campaign targeting distracted driving.

Maui Police Lieutenant William Hankins, Commander of the MPD Traffic Division said the national “U Drive. U Text. U Pay” campaign was originally planned by the NHSTA in coordination with the state Department of Transportation; however, individual departments have been given the option to participate.

The Maui Police Department will not be focusing efforts on cell phone violators, but instead will continue enforcement for all moving violations, including a focus on excessive speeding violations, which Lt. Hankins said has nearly doubled in recent days due to the reduced amount of vehicles on the road.

“We just need people to slow down.  There’s so much less people on the road right now. Speeds have doubled.  If motorist continue doing this, tragedy will happen,” said Lt. Hankins.

With law enforcement tied up with other concerns amid the COVID-19 pandemic, Lt. Hankins said, “I just don’t feel it’s right to focus on one particular area when we are dealing with this.”

The goal, he said, is to try to get people to “drive sane,” with the biggest concern right now being excessive speeding.

The Maui Police Department joins law enforcement personnel nationwide in a crack down on motorists who are using a mobile electronic device while driving.

This effort is a part of the national “U Drive. U Text. U Pay.” high-visibility enforcement campaign that combines intense enforcement of distracted driving laws with advertising and media outreach to let people know about the enforcement and convince them to obey the law. The focus is on the idea that “If you’re texting, you’re not driving.”

In 2017, NHTSA estimated 3,166 people were killed by distracted driving. This included 229 teens between 15 to 19 years old.  There were also 599 non-occupants (pedestrians, bicyclists, and others) killed in distraction-affected crashes.

According to NHTSA, young drivers 16 to 24 years old have also been observed using handheld electronic devices while driving at higher rates than older drivers have since 2007. In 2018, 8 percent of people killed in teen (15-19) driving crashes died when those teen drivers were distracted at the time of the crash. “Texting is the most alarming distraction. Sending or reading a text takes your eyes off the road for 5 seconds. At 55 mph, that’s like driving the length of an entire football field with your eyes closed,” according to the release.

“You cannot drive safely unless the task of driving has your full attention. Any non-driving activity you engage in is a potential distraction and increases your risk of crashing.  Anytime someone takes their eyes off the road, hands off the wheel or mind of the task of driving they risk causing a accident. No one has the right to put another person’s life at risk,” police said.