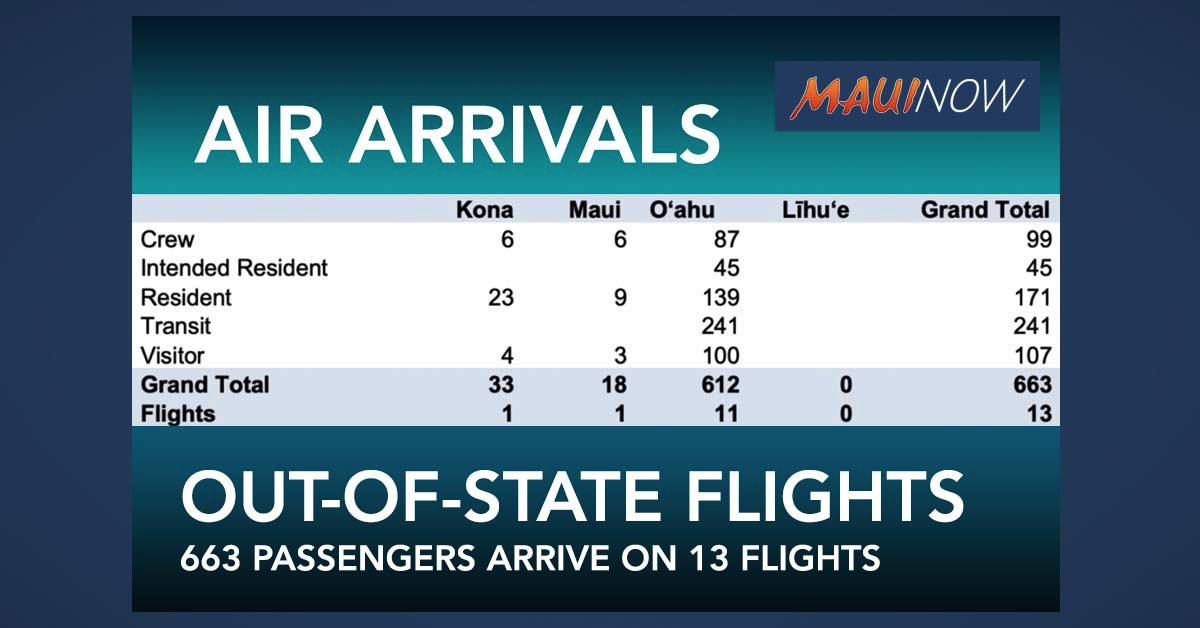 ***The table above shows the number of people who arrived by air from out-of-state on Thursday, April 9, and does NOT include inter-island travel.

A total of 663 people arrived in Hawaiʻi from out-of-state on Thursday, including 107 visitors, 171 residents, 241 transit, 45 intended residents and 99 crew members, according to new data compiled by the Hawaiʻi Tourism Authority.

Air arrivals to Maui totaled 18 on Thursday with a single flight arriving from out-of-state. This included 6 crew members, 9 residents and 3 visitors.

In comparison, during this same time last year, nearly 30,000 passengers arrived in Hawaiʻi daily, including residents and visitors.

Yesterday marked two weeks since the state’s mandatory 14-day self-quarantine started for all passengers arriving in Hawaiʻi from out of state. Those who arrived on March 26th and 27th no longer need to self-quarantine. The quarantine order was expanded on April 1st to include interisland travelers.